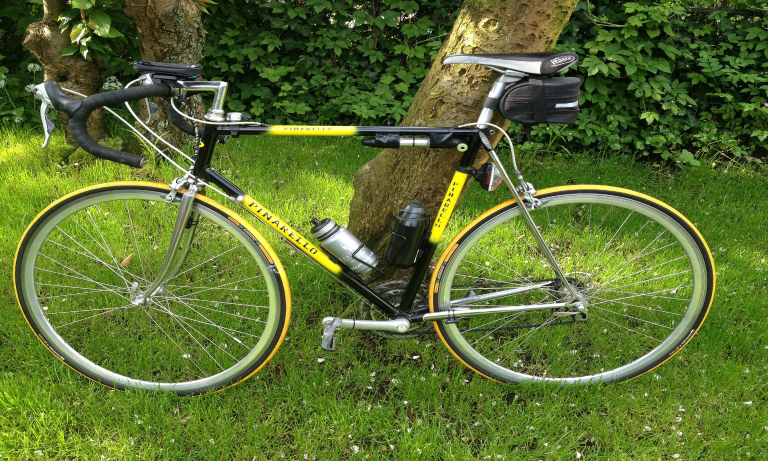 Pinarello has launched an electric bike which it says is aimed at ‘weekend riders’ and women who want to “follow easily the men’s pace.”

The bike was promoted in several adverts on Pinarello’s Instagram account. One of the adverts included a woman with a quote stating it “seemed impossible” to ride a bike alongside her boyfriend on roads as she couldn’t keep up.

Another advert featured a 55-year old man claiming he doesn’t want to miss a “Sunday ride with my friends” but does not have “time to work out.”

Both advertisements have received much criticism online and some used the hashtag #pinarellNO.

Professional-cycling team manager Stef Wyman tweeted, saying he would need one of the electric ​Pinarello bikes to keep up with his wife who is a former British cyclo-cross champion, along with the hashtag #EverydaySexism.

The press release even states: ‘Nytro aims at a wide target, from the one that has no time to train but would never miss a weekend ride with friends, to women who would like to follow easily the men’s pace, or even the ones who desire to experience cycling as a new way of life, climbing easily and going downhill safely, enjoying every single minute on the bike.’ Oh, mate. Professional road bike racer Christine Majerus tweeted her disdain for the ad, and she would know a thing or two about being speedy on two wheels, being eight times Luxembourg’s National Champion in Cyclo-cross.