Just goes to show that honesty may well be the best policy! 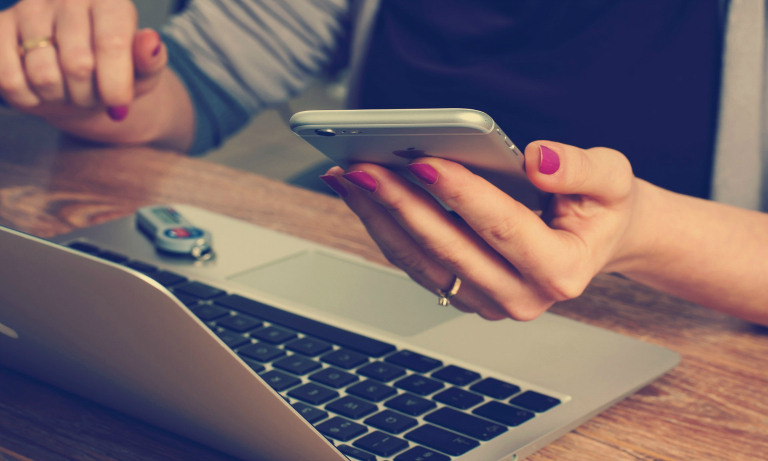 We’ve all been there… whether the kids have been a nightmare to get out the door, you’ve overslept or your train is late – at one time or another you’re bound to be running late for work. Sending the ‘I’m going to be late’ text is never a fun task, but when employee Jenn sent her boss a text to say she was running late and her boss replied in the absolute best way….

One morning Jenn found herself late for the first time in years, so she did what any good employee would and texted her superior in advance.  He expressed concern for her wellbeing and she decided being honest was the best way forward, and replied that she was running late because her dog had looked so cute in the morning that she “couldn’t resist taking photos”.

She even sent her boss a picture as proof. 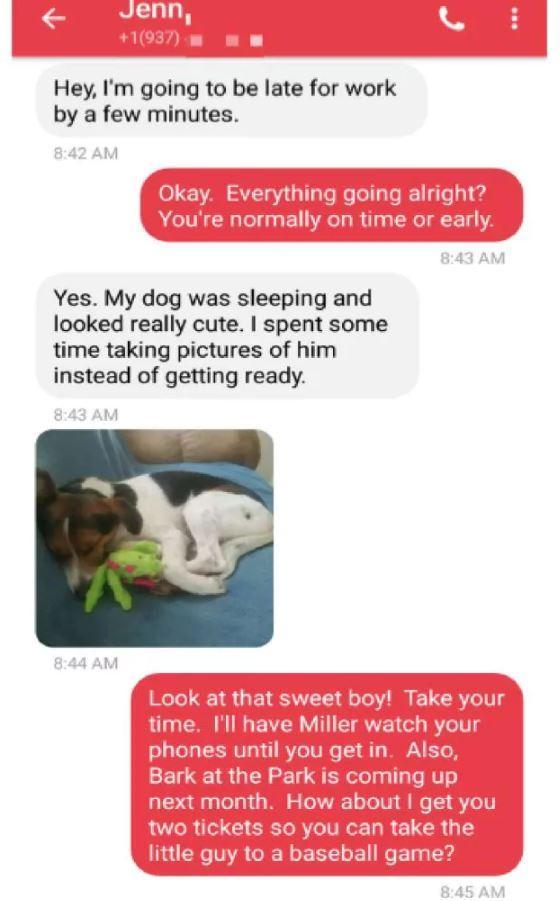 While some employers may have been angry at such a trivial excuse, Jenn’s boss proved that he was a bona fide legend. He agreed that the dog was worth being late for, urged her to take her time, and even offered to buy her tickets to a dog-friendly baseball game.

He then responded to explain why he reacted the way he did saying, “Just trying to be a good boss. This lady has been with the company for about eight years. In my time, she has never been late.

“She’s also a very sweet older lady that the guys in the office call ‘Mum’… How could I be upset over that cute pup?! Be nice to each other today.”