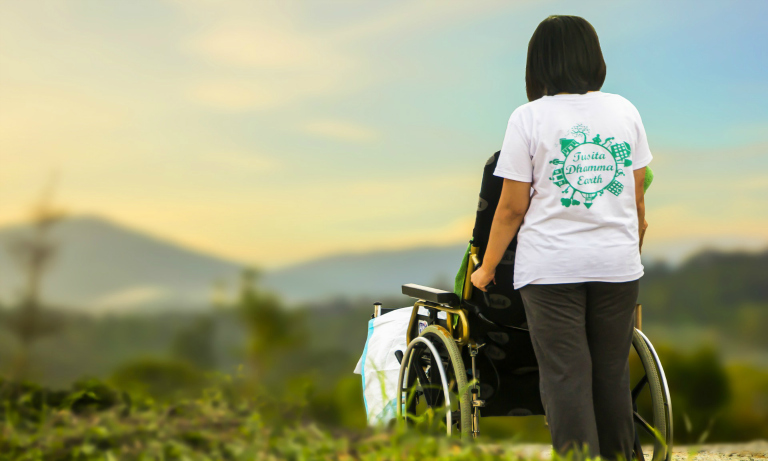 Unison claims over 200,000 people are only being paid for the time they spend caring for people and not for their time traveling inbetween appointments

Britain’s biggest public sector union, Unison, reveals that rogue bosses are using “complex and incomplete” payslips to get away with paying care workers less than the minimum wage – over 200,000 low-paid care staff are being left baffled by their payslips and “exploited.”

A survey of care staff carried out by the union, revealed that more than six in ten (63%) admitted not being able to work out their wage from their payslips.

Under new legislation employers whose staff work variable shifts must list all the hours they’ve been paid for in every wage packet from April 2019.

However, the union says the move doesn’t go far enough and fails to place a requirement on employers to include and pay for travel time, nor prove that the payslip is compliant with national minimum wage laws.

Seven in ten (73%) of those employed by private care companies said they weren’t paid for their travel time, a figure which drops to just under two-thirds (63%) for staff directly employed by local authorities.

The new legislation allows employers to obscure the fact that they are not paying homecare staff for all their working hours, allowing them to pay illegal wages. This is because the regulations do not require employers to separate out contact time from travel time.

The Mirror reported that Matthew Egan, Unison national officer, said: “At least 200,000 care workers in the UK are only being paid for the time they spend caring for people, and not for when they are travelling between appointments.

“This exploitation and underpayment is widespread, and complex, incomplete payslips make this hard for care workers to challenge.

“The new wage slip law gave the government a golden opportunity to ensure all care workers are paid the legal minimum and allow them to challenge or report employers who fail to do so.

“But by not forcing employers to spell out how much time is spent both travelling and delivering care, ministers are allowing them to continue to cheat of the pay they’ve earned.

“Employers must also be required to tell workers how their wage has been calculated, and specifically prove that they are getting the legal minimum. In too many cases this doesn’t happen.

“The government must get tougher with care employers who deceive the system and deny workers a proper wage. Such unenviable working conditions mean the care sector suffers from a huge turnover of staff, which has a huge impact on the kind of care that the most vulnerable in our communities receive.”

Unison is urging the government to introduce a duty on care employers to provide comprehensive, simple payslips to help stop the widespread practice of unfathomable or non-existent wage records that mask illegal practices regarding pay.