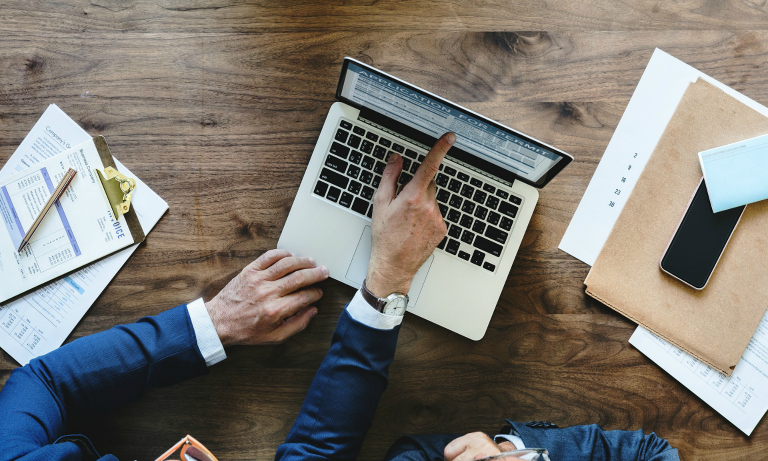 Recruiter, Josh Harrison, has voiced his opinion in response to a LinkedIn post by entrepreneur Jack Parsons, CEO of Big Youth Group, who said the current job market was “broken for young people.”

Mr Harrison disagreed with Mr Parsons and claimed that “laziness” was the reason why many people are unable to find work. 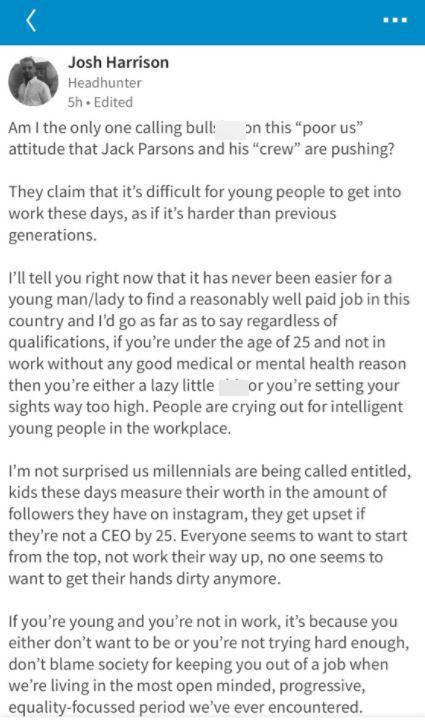 Mr Harrison stated that young people have the attitude of wanting to start at the top of the chain instead of working their way up.  He also accused young people of caring more about Instagram followers than finding employment.

“Kids these days measure their worth in the amount of followers they have on Instagram, they get upset if they’re not a CEO by 25,” he wrote.

In response, Mr Parson’s accused Mr Harrison of using his name to garner attention and warned him that his words could be viewed as bullying.

“Unfortunately I’ve never heard or come across you before so it’s certainly grabbed mine and many others attention by including in my name,” he said.

He continued: “I would also like to recommend you be careful on how you use your LinkedIn profile this can come across as online bullying.”

The Evening Standard asked for comment and Mr Harrison said he stands by what he said and does not perceive it as bullying.

“I think most young people are doing a fine job of getting employment, I mention in the comments of my original post that I think our generation (I’m only 27 myself which seems to be forgotten) and younger are at the forefront of driving technology and change within many industries, true disruption which is needed in a lot of areas.

“What I posted was aimed at the people you see more and more often on LinkedIn and other outlets of social media complaining and blaming everyone else for not being in work.”

In response to the bullying accusation, he said: “Who’s really the bully in this? All I did was express my opinion on something he publicly posted, he says himself he’s an advocate of freedom of speech, I woke up on Monday morning with my face all over the papers, I don’t think that’s a coincidence.”

Speaking to The Sun, Mr Parsons said: “I completely disagree with Josh’s comments and so does 12,202 who have reached to me about the post.

“Young people are labelled, misunderstood and misrepresented. They are rarely given purposeful opportunities to make a meaningful difference.

“To add, those that start out themselves are often dismissed and not given the time of day.

“Young people are however the future of society, culture, and commerce. Josh clearly has no idea around this and is head-hunter for senior professionals who are probably over the age of 30.”

He told the Standard: “I feel his (Mr Harrison’s) ‘approach to everything ‘ can be misleading and could come across as bullying.

“He could have addressed this completely different.”

He added that Mr Harrison’s status “didn’t need to include him” and “used poor language”.