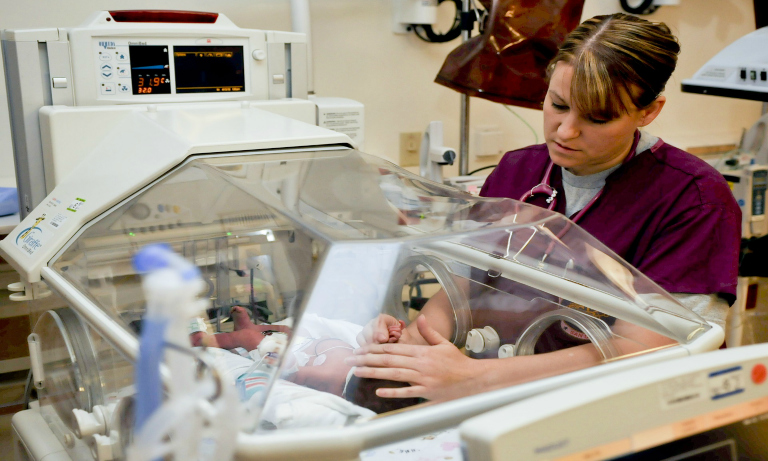 The staffing gaps could compromise safety, meaning temporary closure is the only option

The trust has since agreed with the newly-created Devon Clinical Commissioning Group that the temporary suspension of birth services at Honiton and Okehampton will continue until mid-September this year.

Head of midwifery Zita Martinez said the NHS provider had recruited more midwives but there were still staffing gaps that could compromise safety.

“Although we have successfully recruited to a number of our midwifery vacancies, we are still managing a high level of staff absences, including maternity leave,” she said.

A trust spokesman told Nursing Times that it was “near full establishment”, but absence rates were high. The sickness absence rate across the service is currently 6.68%.

Meanwhile, the trust said new policy and guidance on managing births – including an increased number of antenatal admissions with reduced fetal movements and need for ultrasounds and labour inductions – had put more pressure on specialist care provided at the main midwifery unit in Exeter.

“The positively received implementation of national policy in the Better Births and Saving Babies’ Lives guidance has meant that the complexity and acuity of women and babies we are caring for has significantly increased,” said Ms Martinez.

“This means that our main maternity unit in Exeter is experiencing greater levels of demand on the specialist care we provide,” she said.

“In the context of increasing complexity, re-opening Okehampton and Honiton maternity units for births and inpatient stays would result in the trust stretching our workforce too far and potentially compromising safety in our other delivery units,” she added.

The trust confirmed that all antenatal and postnatal appointments, support clinics and home births would continue as normal in both areas served by the Okehampton and Honiton units, with Exeter and Tiverton remaining open 24/7 for births.

Meanwhile, the trust spokesman said staff were being organised and placed to the best effect across the organisation’s maternity service.

“We are deploying our staff flexibly across the whole maternity service to maintain safe staffing at Exeter and Tiverton maternity units,” he said.