Lauren Moore aced five of her GCSE’s, putting her on track to attend college to become a nurse 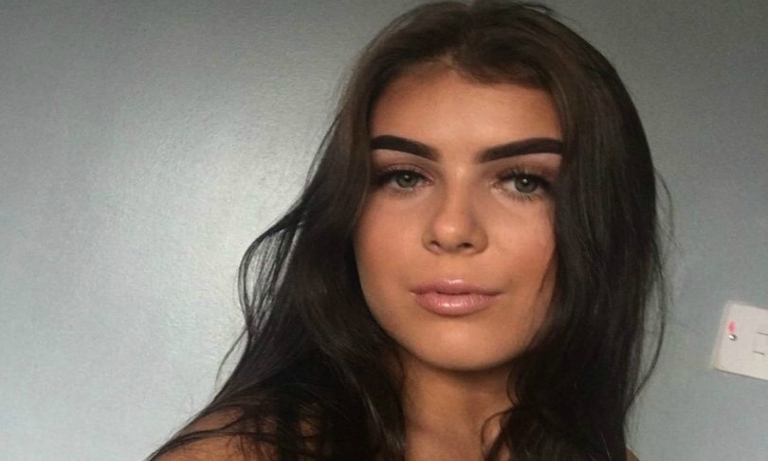 A schoolgirl who hit the headlines when her dad wrote her a brutal CV for her has proved him wrong by smashing her GCSEs and getting into college (Image: lauren_guest123/Twitter)

Lauren Moore, 16, who’s Dad wrote her a brutally honest CV prior to receiving her GCSE results, has proved him wrong by smashing five of her GCSE’s.  She collected her results from Rye Hill Academy in Redcar and discovered she had passed five of the exams.

The school leaver, who wants to be a nurse one day, is heading to Middlesbrough College to study health and social care.  Her father however was apparently less optimistic about her chances of doing well, hence the pessimistic CV. 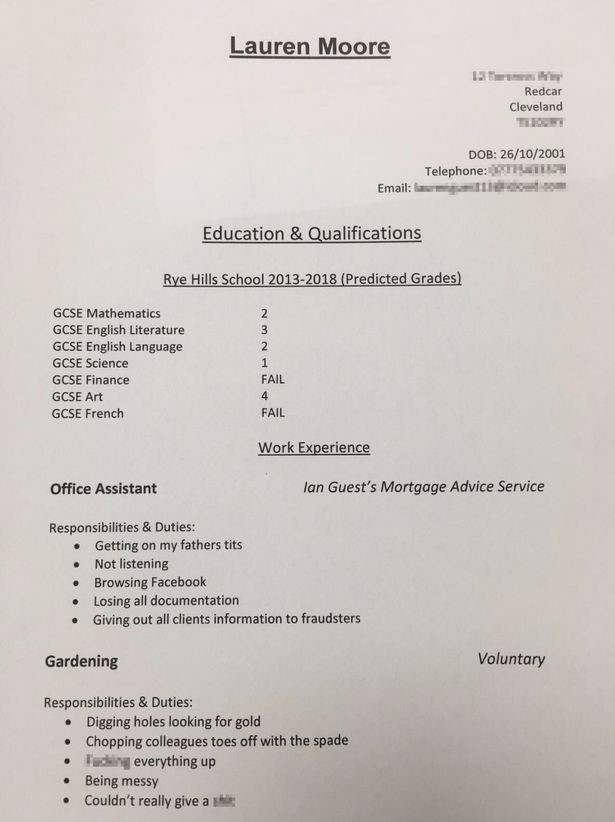 Most parents spur their kids on when it comes to education, but her father Ian, 53, took a VERY different approach.

On the CV he listed her expected qualifications, work experience, voluntary work and hobbies in a pretty brutal way.   For example, under the section, skills and personal qualifications, he lists ‘lazy, late, ignorant, rude, and reluctant’.

He also describes some of the responsibilities she’s had while on work experience as an office assistant, saying she “gets on her father’s t***, “browsing Facebook ” and “giving out all clients information to fraudsters”.

And in a final dig he lists ‘probation officer Ben Dover’ as her only reference – warning not to call him though as ‘he doesn’t give a f*** either’.

The savage CV clearly doesn’t paint his daughter in a good light – and it’s certainly not suitable to send off to potential employers.

Speaking to the Sun she said:”I asked my dad for help and he surprised me with that CV.

“I found it funny, we get on really well and we’re really close… He is just sarcastic, I was looking for just a small job and asked for some help.

“All my friends thought it was funny, they all think my dad’s weird.”

Lauren said she was surprised her original post proved so popular, going viral and widely shared on social media.

Ian did actually offer some more constructive help though, providing her with some work experience at his Co Op Funeral Care job – although she told the paper she found it “boring”.

Lauren said that she has now made her own CV – but didn’t ask her Dad for help this time round.