‘Clever employers will start paying’: Workers join together in asking for £10-an-hour wages 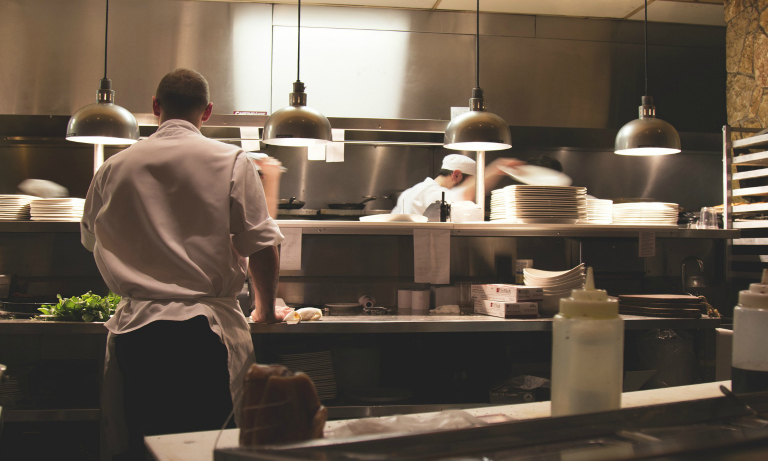 A spokesman for the Bakers, Food and Allied Workers Union (BFAWU), which represented striking workers from McDonald’s and JD Wetherspoon, said that more than 500 people attended a rally in London’s Leicester Square recently at which Labour shadow chancellor John McDonnell and general secretary of the Trades Union Congress, Frances O’Grady, spoke.

Employees from these companies are asking for union recognition and a minimum £10-an-hour wage. A BFAWU spokesperson said: “The evidence shows hospitality is a low paid industry where precarious contracts are rife, and the workers are coming together to say they have had enough and to stand up and demand change.

TGI Friday staff at three restaurants have been taking part in ‘walk-outs’ after they were told that 40 per cent of tips made on cards would be given to the kitchen staff – an increase on previous deductions of 20% earlier this year. The Unite represented workers joined those from McDonald’s and JD Wetherspoon to protest, which is a particularly unusual move for the hospitality industry.

Unite national officer Rhys McCarthy said: “These young workers are leading a growing movement against low pay and insecure work in the hospitality sector and across the gig economy.”

However, in a statement TGI Fridays said: “Our team members are a part of our Fridays family. We believe they should be – and are – treated and paid fairly. All team members are paid at or above the National Minimum Wage hourly rate and they keep 100% of tips with zero admin charges. Team members’ pay is regularly reviewed.

“Our team members are vital to the success of the business and we invest heavily in them. We offer careers, not just jobs, with initiatives such as an apprenticeship scheme and industry-recognised qualifications. All of this – and more – means that our team turnover is around half of the average for the hospitality industry. We know the vast majority of our team members recognise this and this is why out of a workforce of over 5,500 team members, fewer than 0.5% are involved in this action.”

Chairman Tim Martin said: “Everyone in the pub and restaurant industry works very hard and the late and early hours are extremely demanding. The people who work in the business are our most valuable asset.

“It is understandable that there is pressure on pay with low unemployment and a housing shortage. However, bonuses, free shares and other benefits should be taken into account in assessing pay.”

A McDonald’s spokesperson said: “All restaurants remained open as usual on Thursday despite frustrating attempts by protestors at a handful of locations to impact our customers, and our restaurant teams. This is the third attempt at action;  and according to our records none of our people were on strike. Any suggestion this activity was widespread and growing is not accurate – fewer restaurants, fewer employees involved and less support for the union from our people.”