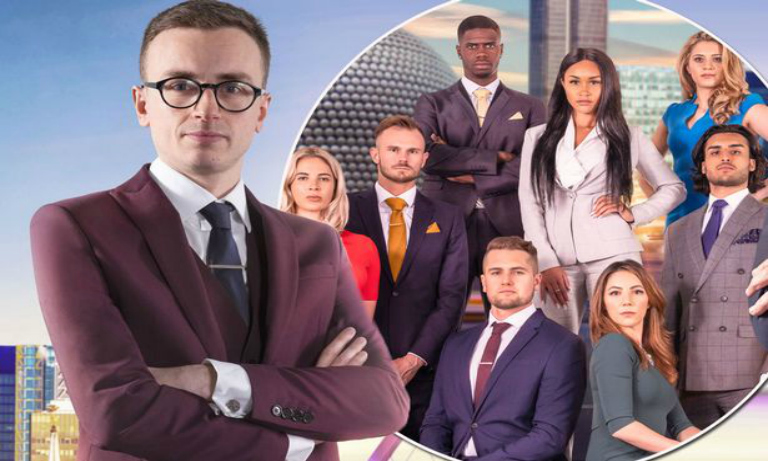 Unfortunately, the Apprentice candidate got some bad news on last weeks’ episode as he was fired from the boardroom by Alan Sugar.

The good news was that before he went he managed to inform five million potential employers that he is a tax advisor that “enjoys writing fantasy fiction.”

Although his pitch was controversial, he stands by it – speaking to the Standard Online about his exit, he said: “This might be a bit controversial but I stand by it. My brain was thinking one thing and my mouth blurted out something rubbish.

“The point I was trying to make was we’ve got this consumer research and actually they love it which was a surprise to me – because I didn’t.

“The point I wanted to make was ‘Look, they really like this and the negatives are so small that we’ve already got a plan in place, we can bring a female character in the next episode, it’s so easy to fix and then, what we’ve got, is exactly what they want’.”

Alden, who also works as a DJ, slated project manager Frank and the “dreadful” character of superhero Benji they were given to work with.

“So, for me, the ultimate decision at the very top dictated to us…that’s why we lost