Phillip Hufton, 52, conned his employers out of almost £350,000 after he claimed expenses for a family holiday to America 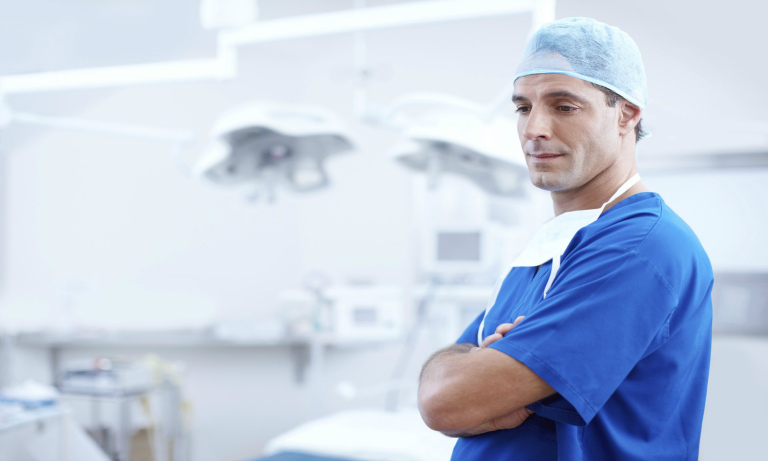 A fraudster who lied on his CV in order to land a job within the NHS, then cheated his employers out of almost £350,000 has been jailed for five years.

Phillip Hufton, 52, pretended he had cancer to take time off for surgery which never happened. He also went on a family holiday to America while supposedly on a work trip, and then claimed expenses for the trip.

Hufton said he was a doctor and had a wealth of qualifications after enjoying a successful career in the army.  It turns out that in fact he only had a nursing degree and had been in the Territorial Army where he posed for photos with fake medals that he had purchased online.

His lies landed him a job as a business development manager for Cambridgeshire and Peterborough NHS Foundation Trust at Fulbourn Hospital near Cambridge.

Hufton, of Cheadle Hume, Cheshire, was dismissed in January 2016 after 17 months working at the trust as his lies started to unfold.

The trust hired him to promote its business in the Middle East, but instead he went on a family holiday to America while claiming he was on a work trip to Jordan.

At an earlier hearing, Hufton admitted two counts of fraud by false representation, Cambridgeshire Police said.  He was sentenced at Cambridge Crown Court to five years in prison.

Hufton claimed the benefit to him was £173,000, but when sentencing, the court considered the full £349,383 paid to Hufton while he was working for the trust.

“He admitted to claiming to be in Jordan whilst actually on holiday in America with his family.”

“He admitted to lying about having cancer.”

“Hufton caused a great inconvenience and a large amount of stress to all involved, turning his hand to criminality in order to fund his personal life.”