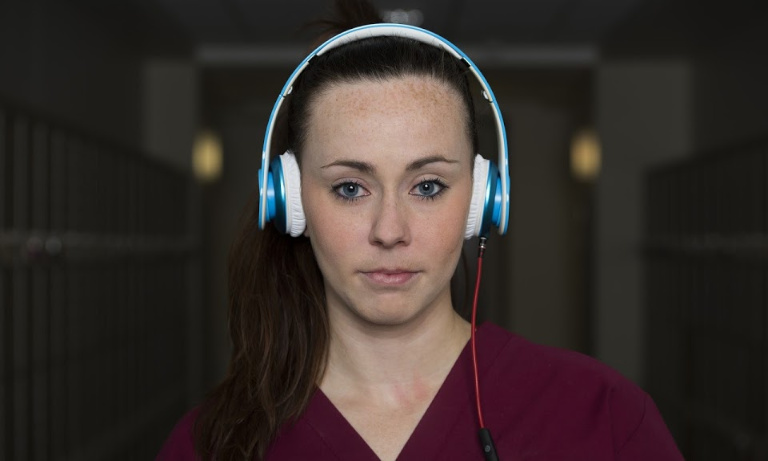 Charlotte Brien, 21, was sleeping in uniform at her university library when she woke up to find the handwritten note

Charlotte Brien, a 21-year old student, from Manchester has said the note she was left was ‘vile’. It read: ‘First you took our jobs, now you’re taking our pods. Brexit means Brexit. P.S go home and sleep’.

The note was referencing to a sleeping pod she was using for a short break from studying in the library.  Brien says that while she might be from Manchester, there are ‘a lot of international students’ at the university who would be hurt by it. ‘Whoever wrote this is vile,’ she said. ‘I was really angry and everyone who’s seen it has been incensed about it too. ‘I don’t know if it was specifically sent to me because I’m quite clearly Mancunian. ‘But I am in uniform because I’m a student nurse and they mentioned about stealing jobs.

‘You would hope students might be a bit more educated than this. ‘There’s no way someone outside has come in and done it – to get in the library you need a student pass anyway. ‘I was going to write an angry response but I didn’t have a pen.’

The sleeping pod installed by Manchester University in their library allows tired students to rest their eyes for up to 20 minutes at a time.

Charlotte said: ‘I was lying in the sleeping pod which is like a chair that plays ambient music and has a screen. ‘I use it very occasionally when I’m in the library. I was only in there for around 15 minutes. ‘When I got out I saw a note on the table next to me. ‘I had no idea anyone was even around me while I was in there. ‘If someone really wanted to use the pod, they would have been welcome to just ask me.’

A University of Manchester spokesman said: ‘Library customer services are aware of this incident and will be checking for any further activity.’