A £100,000 training hub is being developed in Wolverhampton to help hundreds of unemployed residents get jobs in the construction industry 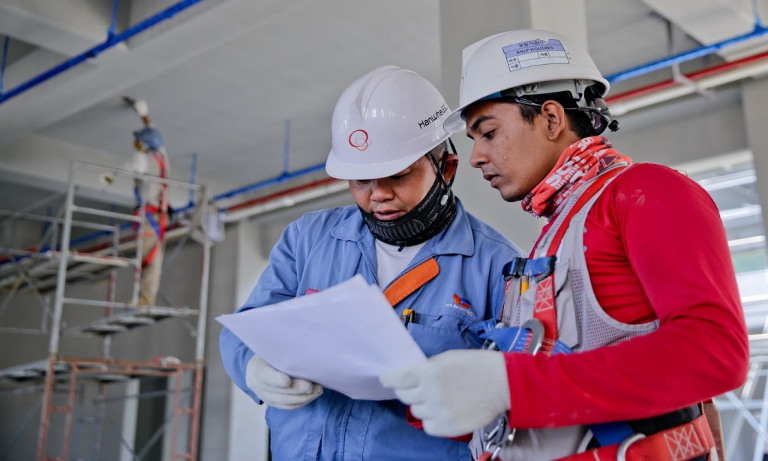 The funding comes from West Midlands Combined Authority after it secured £2.3 million from the government’s construction skills fund

The all new training hub will be based at The Marches – a 266-home development from WV Living and will be run in conjunction with developers Willmott Dixon and Wolverhampton College.

The funding was secured by the Wolves at Work employment programme and comes from West Midlands Combined Authority after it secured £2.3 million from the government’s construction skills fund.

Richard Lawrence, Wolverhampton Council’s director of regeneration, said: “There are billions of pounds of investment on site or in the pipeline in Wolverhampton and it is important residents benefit from this.

“This training hub will give unemployed people in our city a clear route into the booming construction industry, delivering long-lasting benefits to the local community beyond the build phase.

“It will help boost local business and skills, adding to the pace of regeneration in the city while at the same time delivering WV Living homes people will love.”

The Black Country has seen a rise in unemployment between December and February, so the hub is coming at just the right time to help inject a boost into the local area.

Simon Liversage, director for Willmott Dixon in the Midlands, added: “We believe we have a purpose beyond profit and that includes leaving a lasting positive legacy in the areas where we work.

“Over the duration of The Marches project we have committed to investing 10 per cent back into the local community, equating to a monetary value of £3.5 million, which will see us provide apprenticeships, work experience and NVQs to local people, as well as ensuring at least 80 per cent of local spend and labour is within 10 miles of the site.”

The council is aiming for various under-represented communities in the construction industry to benefit, including women and those of ethnic minorities.

Job vacancies will be advertised in the Hub and they are aiming for at least 50 per cent of those receiving training to then go into long-term employment.