With AI and robotic replacements taking over millions of jobs, new jobs will also be created 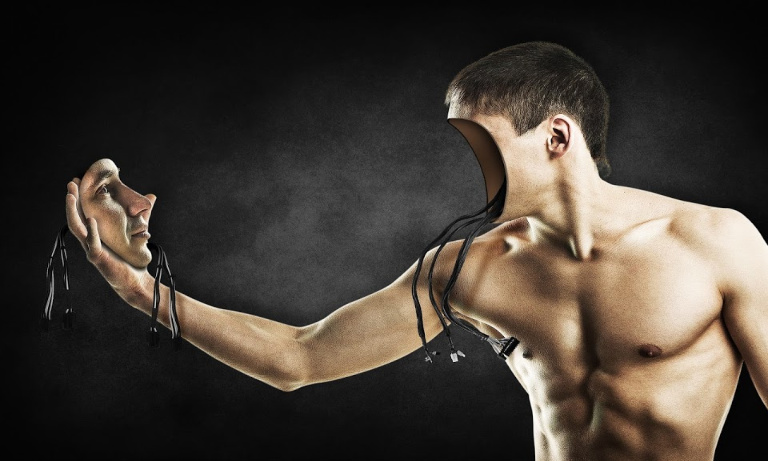 The advances in digital technology have already changed the way we work, forever. While it has led to the demise of some jobs, it has also led to the inception of entire new industries and the creation of millions of new roles – such as social media managers, UX designers and coders. Ever-evolving, the same thing is likely to happen over the next 30 years and new industries will be born. In fact, the most sought-after jobs of 2050 probably don’t even exist yet. Instead of pushing against change, we should be keeping on top of the developing careers market and make sure our skills align accordingly.

‘We are currently experiencing an immense shift in the way we work, and this is only going to augment over time, which is why humans need to prepare for the workplace of the future, today,’ says James Wilson, VP at tech company Cornerstone.

‘Digital transformation is impacting all careers both present and future, and in order to stay ahead, we must prepare for jobs that don’t even exist today.

‘To prepare for a dynamic new future, humans must focus on being proactive and developing skills that may not currently seem valuable or relevant.

‘We must learn to understand and navigate the skills economy and develop the capabilities we will need to thrive in the fast-paced and technology-focused workplace of the future.’

The Metro has published a fascinating list of 10 jobs which will be in hot demand in 2050, there they describe these jobs and the parts they will play in supporting both new and existing industries. Explained in detail by the Metro, here are the top 10 jobs – food for thought!

As AI machines become more human-like, there may well be the need for human intervention to help maintain the emotional and psychological well-being of the technology. They will need engineers for their ‘minds’.

‘As the world develops more artificial intelligence machines, the AI itself will need to be kept on the straight-and-narrow to overcome technical issues brought about by being able to think for itself.

‘Early AI technologies that have learned from humans have had a number of false starts, so an AI Psychologist will have a twin understanding of psychology and technology to be able to ensure future supercomputers maintain their levels of mental wellness.’

With technology progressing at lightning speed, training can often not be implemented quick enough. Businesses are thus left with a lagging effect between what’s technologically possible and what staff are capable of achieving. The most successful businesses will be the ones who can keep up with the latest developments, train and retrain their employees and be open and adaptable to rapid change. A CPO will be hired to manage this.

‘The CPO can effectively boost workplace productivity by overseeing the organisation’s technology services, ensuring that the company reaches its business goals,’ says James from Cornerstone.

‘Due to digital transformation, the CIO and IT department roles have changed and they now only have limited time for technical projects.

‘The CPO can manage the company’s collaborative software and ensure that the most effective processes are in place.’

Quantum computing uses the theory of quantum mechanics – the concept of nature at its smallest level of atoms and sub-atomic particles – and uses it in computer calculations. It sounds confusing because it is says Metro. We don’t know enough about quantum data yet to understand exactly how it could be used in the world of computing. But scientists are keen to find out.

‘The demand for data analysts is growing, and with the development of quantum computing, businesses of the future will need to prepare for this new technology,’ says James.

According to LinkedIn’s Emerging Jobs Report, professional medical representatives have grown in demand by 600% since 2014.

‘In years to come, personal edical Counsellors may be able to match solutions to a patient’s DNA, working with them on a truly case-by-case basis.’

Bespoke healthcare is likely to be increasingly prevalent by 2050, as medical advancements change the ways in which we tackle illness and disease. Diseases which were once a death sentence can now be lived with for decades with the correct care and management and we are likely to see this happen for other illnesses that we currently think of as deadly. As a result, more people living with chronic, long-term illness will need support to manage medication and optimise their quality of life.

‘Health care is another area which we believe will see a big change over the next few decades,’ adds Polina Montano, co-founder of Job Today.

‘The UK has an ageing population which means health workers, including doctors, nurses and physios, will be required to make sure the elderly get the care they need.’

Drones dominated the news recently after wreaking havoc at a number of the UK’s major airports. But, when used correctly, drones have the potential to be incredibly useful. And by 2050, the Metro says we might be seeing their widespread use for global deliveries. Using drones rather than trucks to deliver packages could drastically reduce carbon emissions and take more vehicles off the roads. But for that to happen, we need people to operate them and to develop the skills to manage fleets of drones on a large scale. ‘Drones are likely to be used in everything from delivery logistics to passenger transport and will need highly skilled individuals to work alongside computers to ensure the skies are a safe travel space,’ says Darain. ‘Drone Managers will be responsible for tasks such as overseeing vehicle-to-vehicle communication, collision avoidance and assisting with safe landing coordination.’

The number of people aged over 60 in the world is projected to be 1.4 billion in 2030 and 2.1 billion in 2050. Alongside the growth of the older population is the growth in popularity of wellness and holistic health. More and more people are looking for natural ways to look after their bodies, reduce aches and pains and improve their quality of life. As a result, it may be that by 2050, our ageing population will have embraced they yoga market as a gentle option for keeping fit and healthy. Cornering the elderly wellness market could be a savvy option for entrepreneurs.

‘It is possible that increased automation and robotics will leave people with more free time and that we will see a growth in social and community orientated enterprises,’ explains Peter Lawrence, a HR expert from Human Capital.

Sticking with the theme of our rapidly ageing population, there will likely be an increase in the demand for caregivers and specialists within the care sector. The care sector includes nursing, psychiatric home aides, care of the elderly and childcare. It’s overwhelmingly female and, not so coincidentally, incredibly low paid. As our demand for care increases, we will need to reassess how we approach this sector and how the job roles are perceived. For an ageing population to flourish, measures will have to be taken to make caring professions more attractive. Back in 2013, campaigners warned that the number of older people across the world who require care could nearly treble by 2050. Around 101 million people currently require care, but this figure will rise to 277 million, with India and China expected to be hard hit. The report recommends that paid and unpaid carers need further rewards to incentivise their work and reiterates the need to build and reinforce robust structures in this industry.

Current estimates say we will run out of oil in just 53 years. Scientists are shifting the emphasis to sustainable power and renewable energy sources, such as wind and solar power, are becoming cheaper and more accessible. There are still considerable roadblocks preventing us from completely adopting these cleaner sources of energy – we still don’t really know how to store solar power effectively, for example – but by 2050, the hope is that these kinks will all be ironed out.

‘Solar Power Consultants are already four times more in demand than they were five years ago,’ Derain tells us.

‘With the growing interest in a sustainable energy future, we could see the need for Sustainable Building Regulators, charged with ensuring buildings are 100% environmentally sustainable and free from fossil fuels.’

Despite the ferocious speed of technological advancement, the future of jobs isn’t going to be entirely centred around the digital. Experts think that human skills will still play an integral part in how we work. And it is our ‘soft skills’ – like oral communication, leadership and time management – that will give us the edge over the machines.

If you’re an expert in these skills and can teach other people how to be better at them, then this could be the perfect future job for you.

‘Despite technical roles consistently growing in demand, soft skills still make up nearly half of the skills with the largest skills gaps according to LinkedIn’s Emerging Jobs Report,’ explains Darain.

‘Workers with these attributes will likely continue to have a leg up as automation continues.

‘Soft Skill Consultants may come into favour as people look for expert help to make them stand out in the market as attractive job candidates.’

The world generates at least 3.5 million tons of plastic and other solid waste a day, which is 10 times the amount that was produced a century ago. And, despite innovative moves to try to limit the production and use of plastic and non-recyclable materials, the problem of what to do with all of our rubbish continues to loom over us and threaten our very existence.

A Waste Engineer could be tasked with solving this problem – one crisp packet at a time. Maybe they will develop a method of converting litter into clean energy or using it to create sustainable bricks for building houses. You will need engineering and STEM expertise in order to do this job effectively, as well as a strong stomach for smells.