Workers fears as thousands of jobs put at risk at steelworks 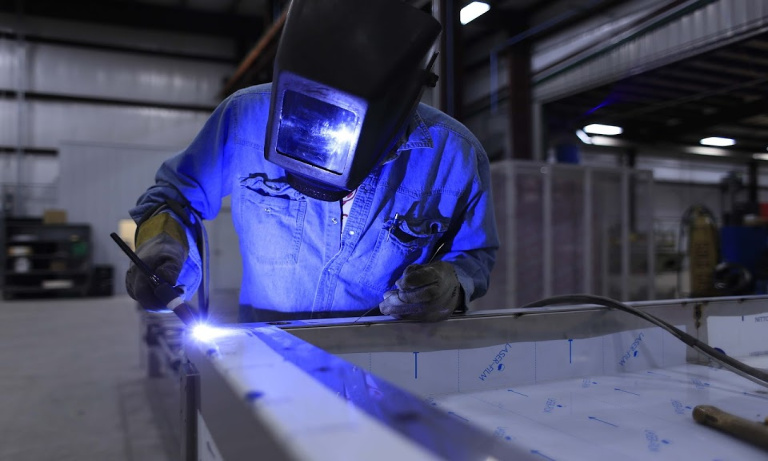 British Steel, which is owned by Greybull Capital, is on the brink of collapse after talks for funding from the government were unsuccessful. Brexit has been blamed as the leading cause of the issues, which could result in a large number of jobs being lost, 4,000 in Scunthorpe and a further 25,000 jobs in the supply chain.

One worker who has worked for the company on and off for a number of years told Lincolnshire Live: “We have not really been told anything. The government haven’t given the loan we need. Obviously, they gave the loan beforehand.

“I don’t know what is going on. They have 30 days to find a buyer and that is kind of it. We are carrying on as normal.”

He added: “I come to work for my family. It is not so much losing my job – it’s finding another job.

“[There could be] dark times ahead. How are people going to get jobs?”

A contract worker for British Steel has also admitted to having concerns.

“Steelworks is on my doorstep and it [provides some of] the best paid jobs in Scunthorpe so of course I am worried as if it shuts, it will have a massive impact on everyone,” he said.

“It would be devastating to see it collapse, but I am a rail engineer and a bricklayer, so I have trades to fall back on.

“But for a lot of people here, they only have experience on steelworks and will struggle to find work elsewhere, so I feel for families.

“I just got a mortgage last month and steelworks has gone into liquidation – it’s just my luck.”

However, workers are hopeful that the situation may change as it has in the past.

“I’m confident it will pull through,” he said. “It has been in this position plenty of times.”

Gainsborough MP Sir Edward Leigh says he will work with local government in a bid to save the jobs of those involved – including the third of the workforce who live in his constituency.

“I’m saddened and concerned about the news today regarding British Steel. Around a third of the workforce live in my constituency with many more employed in the supply chain,” he said.

“The scale of the job losses will have a significant impact on our local economy. I will work with colleagues in local government across the Greater Lincolnshire area to support our community in whatever way.

“I am disappointed that apparently state aid rules prevent the Government giving further aid. I shall pursue this further with the Business Secretary to see what innovative ways the Government can find to keep Steel making in Scunthorpe. It is an essential industry for our nation. We cannot and must not give up. The human cost in our area could be unbearable.”

Grimsby Live has reported that British Steel has debts of £880 million and was set to run out of cash by the end of the week, the official ruling on its winding up has revealed.

Talks are continuing for a new company to take over the works, with Labour leader Jeremy Corbyn calling for the steelworks to be nationalised.

A statement from the firm read: “Having rescued the business from closure over three years ago, we have worked hard to bring this important company back on its feet. Since 2016 we have arranged a financing package of more than £500 million, appointed a new and talented management team, helped the business open up new markets and reduce costs whilst addressing long-term underinvestment.

“The turnaround of British Steel was always going to be a challenge, and yet the business overcame many difficulties, and until recently looked set for renewed prosperity.

“The Workforce, the Trade Unions and the Management team, have worked closely together in their determination to strengthen the business, however, the additional blows dealt by Brexit-related issues have proven insurmountable.

“We are grateful to all those who supported British Steel on the attempted journey to resurrect this vital part of British industry. We are now focused on assisting all involved as best we can through this process.”

Attention is now focused on trying to attract a new buyer.

An official statement read: “The immediate priority following my appointment as liquidator of British Steel is to continue safe operation of the site. I appreciate that this a difficult time for the company’s employees and I want to thank them for their ongoing cooperation.

“The company in liquidation is continuing to trade and supply its customers while I consider options for the business. Staff have been paid and will continue to be employed. The court also appointed Special Managers to assist me with my work and they are engaging with staff and their representatives to keep them informed, as well as contacting British Steel’s customers.”