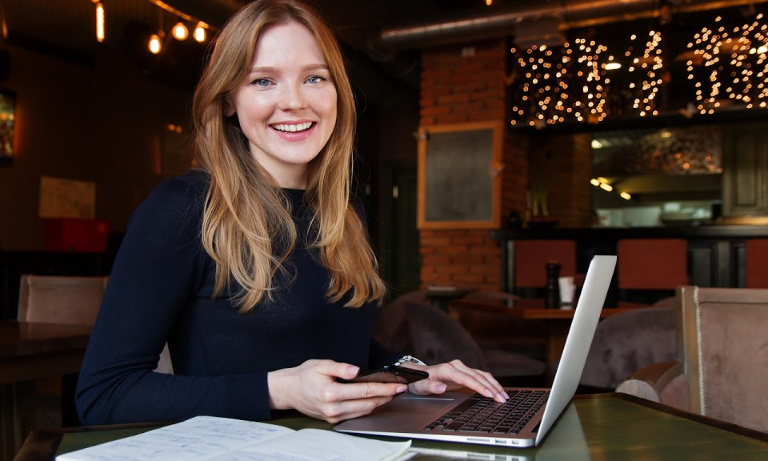 Just two years ago, Anna Reynolds, 29, was living with her parents and working a minimum wage waitressing job.  She yearned for a better career and so learnt how to play the financial markets in her spare time. Thanks to her determination she is now earning a six-figure salary. And all she needs is her phone to cash in.

Anna used her tips to pay for lessons in trading while she was waitressing. It paid off as she doubled her wages in the first month of trading.

Anna said: “I was bored, undervalued and wanted more from life.

“I lived with my parents while ­waitressing and I put aside my tips for a year as I was researching trading.

“My uncle and grandparents also lent me some money.

“When I doubled my monthly ­income within a month of trading, I ­finally had the freedom I wanted.”

No longer waiting on tables, Anna now speculates on the change in the price of a currency using technical chart readings in a market where trillions of pounds are traded daily.

The best part of the job? She can do it anywhere from a bar in New York to a poolside in Dubai.

Anna, from Harrow, West London, admits she left school with average grades and was never confident with maths, which made trading a daunting prospect.

She said: “Maths was never my strong subject.

“But as soon as I started talking to the Financial Markets Online head trader, James Bentley, I realised that as long as you put the hard work in, anyone can do it.”

Anna spent less than £2,000 for six months of one-on-one sessions learning the industry. She added: “I can trade in the morning and in the evening, freeing up my time to do what I love.”

With some hard work, dedication and determination it just goes to show that retraining ourselves to further our careers, really does pay off.