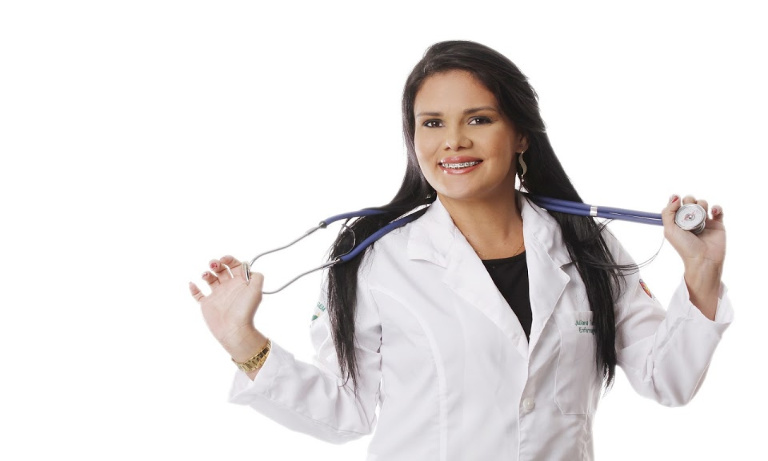 The Nursing London film, created as part of the CapitalNurse programme, was inspired by feedback from nearly 70 nurses who took part in a survey and face-to-face interviews.

It aims to showcase the vital contribution of London’s nursing workforce in a range of specialities and settings, as well as promote the capital as a vibrant and exciting place to live and work.

A group of nurses oversaw the films development as well as acting as clinical advisers to the project. Two of these being Urgent and Emergency Care Senior Nurse, Aneesah Roast and Mental Health Nurse Raquel Williams – both Darzi Fellows at Health Education England.

Reported by the Nursing Times, the nurses had the following to say;

“Nursing leaders across London who work with CapitalNurse wanted to create a film that was about celebrating nurses and showing the diversity of the role but also to challenge some of the stereotypes around nursing,” explained Ms Roast.

Approximately 70 nurses responded to the survey in December last year, with many also sharing their experiences in person during group interviews when they were asked to talk about what it was like to be a nurse in London.

“We had a really good response from nurses including lots of learning disability nurses, mental health nurses, practice nurses, community nurses and nurses that worked in hospitals as well. It was really important to us to make sure we represented all the different types of nursing,” said Ms Roast.

The film provides insight into a wide variety of nursing roles including many that do not involve wearing a uniform and fields – such as learning disability nursing – which are less visible in national campaigns to recruit nurses or TV dramas and documentaries.

“As well as different professional backgrounds, it shows nurses working in different environments. The nurses we interviewed included forensic nurses, which I think is another group you might not see or hear from as often,” said Ms Williams.

Nurses who took part in the project were also asked about what they got up to outside their nursing role and the activities they enjoyed in London, such as going to the theatre, visiting art galleries and enjoying different sports.

“Part of what really came out of the survey and interviews was why nurses chose to work in London,” said Ms Williams.

“A lot of it was about the diversity – that word came up very often – the diversity of cultures that infiltrate the food and the types of restaurants available but also the activities you can do in London that you might not be able to do elsewhere,” she said. “We wanted to show nurses being a whole person with a life outside work.”

“One of the best things about being involved in this whole process was speaking to nurses and asking them: ‘Why are you a nurse?’” she explained.

“It is something we don’t always do and it was so lovely to see the response and the joy that lit up people’s faces,” she said.

“People loved talking about their jobs, how they got into it, the things they really enjoy and the camaraderie and the friendships they have built through nursing,” she added.

Ms Roast also said the strong bonds between nurses who had trained and worked together really came across.

“We had people that had been in nursing for 30 to 40 years who every year would still meet up with the people they trained with,” she said.

“It was that really lovely feeling of camaraderie and banter,” she said. “Nurses seem to have this thing where you almost don’t need to communicate with words – you communicate with a look.

“All of the nurses we spoke to had this great sense of humour and this real joy for their role,” she noted.

A mixture of actors and real nurses feature in the film, with one of the main roles played by mental health nurse and Darzi Fellow Simon Arday.

“A lot of people involved in making the film were doing it because their lives had been touched by nurses and all had their own stories about how nurses had helped them or their family so they really went above and beyond,” she said.

“It was amazing to get their backing on something like this and I think it goes to show that people really care about the NHS and what nurses do,” added Ms Williams.

“People worked out of hours and did extra work on the project for free to ensure we got a product that looks really professional,” she said.

The film has already been screened at a couple of events attended by nurses. “The feedback we got was that it made people feel really proud,” said Ms Roast.

This could include screening it at conferences, seminars and jobs fairs as well as sharing it on social media.

“We want nurses to see it but also those who might not be in the nursing profession and we would definitely like it to be screened at schools and careers events to young people who are considering where they would like to go with their careers,” said Ms Williams.