The North-South jobs divide needs to be tackled

It's not all doom and gloom 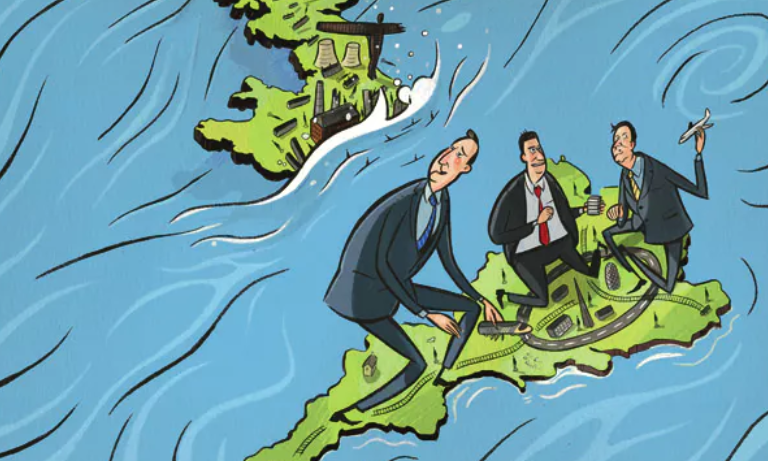 So what is being done to tackle this?

The discrepancy between the socio-economic status of the North when compared to the South of the UK, shows a distinct difference in the wealth of the two regions.

Here, we briefly explore what the divide is, and the strains that this puts on the economy, on transport links and on the quality of life of people living and working in the UK. And we also look at what is being done to tackle the issue.

The North-South jobs divide essentially means that the majority of future growth in jobs being focused on the South East, with London, in particular, seeing the biggest rise. Recent figures from the UK2070 Commission indicate that London has a productivity level that is 50 per cent higher than the rest of the UK, which in turn costs the overall economy £40 billion a year. Such a large discrepancy, or imbalance of productivity and therefore job availability, has knock-on effects across several sectors.

The housing market reflects this imbalance, driving house and rental prices up and up, meaning that buyers and families simply cannot afford to get on the property ladder. With so much business focused on London, and with such high property prices in the Capital due to the high demand, more and more people are working in London and living away, forcing people into long commutes.

This increase in commuting, of course, has an impact on the infrastructure of transport links as they come under pressure from the sheer volume of commuters using the services. In addition, long daily commutes have an impact on health. Physically, the effects of sleep lost in order to catch early trains, the stress of travelling, and disrupted eating habits all take their toll. Time away from family and friends also brings its own mental health problems, with commuters suffering from depression and anxiety.

So what is being done to tackle this? The UK is taking notes from Germany which, after the 1989 reunification, put measures and importantly, serious investment into regenerating and reinvigorating the struggling Eastern side of the country. For the UK, a 25 year commitment and £250 billion worth of investment are needed to close the divide.

The report that exposed the North-South jobs divide also suggests that other regions should gain greater powers in a process of devolution, with in-situ strategic bodies to boost regional growth.

It’s not all doom and gloom. While this looks on the surface to be an impossible job, the “Plan For England” is the first step in supporting regenerating and renewal away from London and the South East. Improving and boosting jobs, and cutting down on commuting will, in turn, improve quality of life and mental health. Starting in July 2018, the Plan is underway in closing the North-South divide.