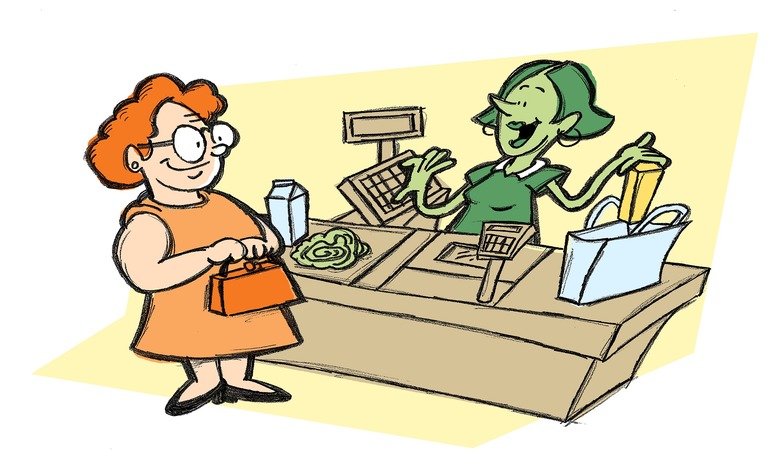 Asda’s new mandatory contracts have previously been voluntary for staff – however GMB union members now say they are being forced into signing the new deal.

The contracts terms state that bank holidays will be made compulsory while paid breaks will be scrapped in exchange for a new £9 an hour basic rate.

Staff could also be asked to agree to work more flexible times and different departments in their store under the new contracts.

However, the Daily Record published last week that after seeing some of the documents, they also include a threat to terminate the employment of those who turn down the revised terms.

It states: “You will have a number of 121s with your manager. As part of the 121 process, we hope you agree to move to the new contract.

“If you still don’t want to sign up to the new contract after those 121s, at that stage, we would issue notice to terminate your employment on your existing terms and conditions.

“We will offer to re-engage you on the new terms. If you choose not to accept the new terms, you would leave the business.”

Union GMB described the move as ‘punitive’ on workers that face losing out on hundreds of pounds a result.

“We’re calling on Asda to come back to the negotiating table and give this dedicated workforce a fair deal,” a statement said.

A recent consultative ballot revealed that 93% of union members disagreed with the contract changes that are being enforced.

“We’re calling on Asda to come back to the negotiating table and give this dedicated workforce a fair deal,” Gary Carter, GMB National Officer, said.

“This demonstration will send a loud and clear message to Asda that however much pressure management has put on staff to sign, workers believe contract 6 is still not good enough.

“Asda is a multi-billion pound, highly profitable company – it can afford to treat staff better than this.

“The new contract cuts holiday entitlement, slashes bank holiday and night shift pay, and introduces an any time, any place, anywhere culture which risks a hugely damaging impact on the predominately part time, low paid, female workforce, who need flexibility that works for them.”

Back in April, Asda revealed it had entered a consultation process with colleagues over new contract changes.

At the time, it said around 50,000 shop floor workers were already on it.

Asda has admitted that approximately 5% of workers would be worse off under the changes but said ‘transitional payments’ would be in place for these colleagues for up to 18 months.

Speaking on the proposed changes on Monday, an Asda spokesman told Mirror Money all workers will see their basic pay rise to £9 an hour under the new contracts.

It added that while bank holidays will be made compulsory, Christmas Day, Boxing Day and New Year’s Day will remain voluntary and paid at double time.

“This new contract will see Asda invest in a pay increase for over 100,000 retail colleagues, as well as enabling us to deliver better service to our customers in an intensely competitive marketplace,” a statement explained.

“We are continuing to talk to our colleagues about this change and to understand what it might mean for their individual circumstances.”