“It’s just an excuse to be a b*tch!” – Stigma forces half of menstruators to lie about period pain at work 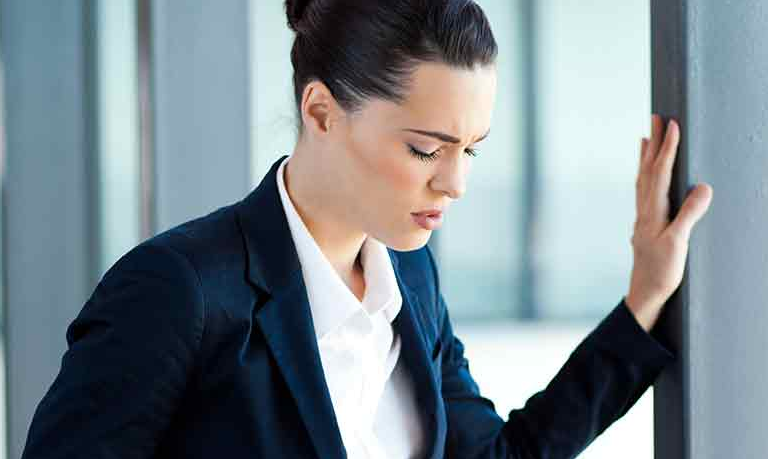 A recent survey of 2,000 menstruators has revealed the extent of period stigma in the UK workplace. The research, undertaken by CIPD training specialist DPG, highlights that almost half (48%) of UK workers who experience periods recognise a definite stigma against them.

As a result of this taboo, six in ten menstruators say they would not be comfortable discussing periods at all with colleagues or managers. This stigma is having numerous repercussions:

Negative comments directed at menstruators at work vary from micro-aggressions such as “It’d get better if you had kids”, to derogatory slang “It’s because she’s on the rag”, and even accusatory statements including “It’s just an excuse to act like a bitch”, “It’s not a real illness”, and “You’re just lazy”. These examples of negative comments towards menstruators have been sourced from DPG’s survey and visualised.

“Period stigma enforces these walls of shame and silence around menstruation that can cause menstruators to feel unsupported and often embarrassed, especially when free period products are not easily accessible in workplace restrooms.

“The lack of empathy and openness around periods also minimizes and dismisses period pain, which is something very serious that needs to be listened to, respected, and supported. Especially for people experiencing endometriosis (10% of women), uterine fibroids, or other painful periods.

“Menstruators in the workplace do not feel that they can ask for the things they need, whether it is a tampon or a sick day because of the belief that having a period makes women weak or inferior in some way. This stigma also means that women face scrutiny and criticism for their emotions, behaviour, and performance based on their period”.

The survey also found that many workplaces lack basic facilities for supporting menstruators:

Sarah Aubrey, CEO of DPG, says about the research:

“This survey has highlighted that period stigma is very much a reality in many UK workplaces. The conversation now needs to move towards how we tackle this issue. Employers need to make sure their organisations are period positive, through the provision of facilities and creation of honest, open discussions around the subject”