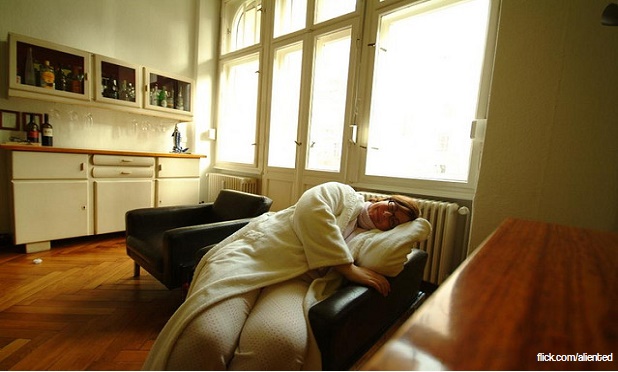 Middle-aged workers take more time off work fie to sickness than other age groups, according to reseach

New research from AXA PPP healthcare has revealed that middle-aged workers take more sick days than any other age group.

The study of 2000 employees showed that workers aged 30-49 averaged 2.3 sick days in the past six months, with a quarter talking three or four days off. 12 per cent of the age range have taken the equivalent of a working week off sick (5 or 6 days) during the last six months, double the number of younger (18-29 year olds) workers (6%) and just five per cent of older workers, aged 50 -69.

Other findings from the research revealed that one in five 30-49 year olds regularly skip meals altogether five or more days per week, compared with 15 per cent of 18-29 year olds and eight per cent of those aged 50-69.

The middle aged workers also portray a fairly negative outlook with regards to their jobs and career paths. 15 per cent feel that they don’t have a career path, while 29 per cent of the age group feel that they have reached a plateau in their career path. 27 per cent of 30-49 year olds, the most of any age group, feel their employment situation impacts on their top life priorities and does not allow them to pursue their priorities.

The survey also shows that a large portion (38 per cent) of 30-49 year olds feel stressed all or most of the time, with the chief causes being financial worries (43 per cent)and pressure or worries from work (41 per cent and 38 per cent respectively). This stress is felt by 37 per cent of workers in their 30s, who say that they feel older than their age.

“Employers need to recognise that these middle aged workers are a particularly squeezed group, struggling with work and home pressures.

“The research suggests that many are not motivated or feeling valued in their work, an issue we would encourage employers to proactively address as the 30-49 age group are likely to have at least 20 years left in the workplace. Employers need to support their workers’ mental and physical health, offering positive steps to ensure wellbeing now will help to ensure resilience in future.”