Scotland ‘lagging’ behind rest of the UK for job creation 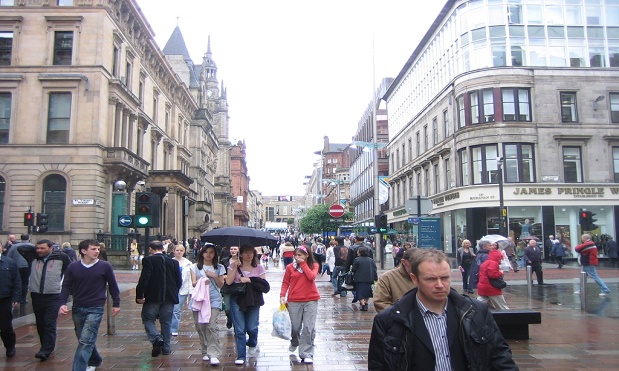 There was good news for the Scottish jobs market however, with the survey highlighting confidence in the call centre sector, particularly in Glasgow and Edinburgh

A recent survey has revealed that Scotland is lagging behind the rest of the UK at job creating, undertaken by Manpower.

The company’s outlook survey, completed quarterly, tracks confidence in the jobs marker and shows a general improvement since the previous count. However the poll of over 2,000 UK employers revealed that the same number of Scottish companies intend to

Manpower’s quarterly employment outlook survey, which tracks confidence in the jobs market, shows a general improvement since the last count.

But the poll of 2,100 UK employers found that the same number of Scottish companies intended to shrink their workforce as expand those expanding.

The Scottish government however said that the survey did not reflect “official figures”, adding that Scotland was “leading the way in the jobs market”.

According to the survey, the rest of the UK reported more hiring than contracting of their workforce, with Manpower claiming the fall in the oil price has affected the Scottish jobs market.

There was good news for the Scottish jobs market however, with the survey highlighting confidence in the call centre sector, particularly in Glasgow and Edinburgh.

She added: “With skills shortages in the oil and gas industry well-known, it’s important that employers track the skills required, in order to ensure growth for the long-term.

“Among the gloom, there are some bright spots, such as the thriving customer service industry in Scotland, with Glasgow and Edinburgh both seeing demand for candidates with call centre experience.

“The big Scottish cities are increasingly becoming known for their friendly and experienced call centre staff and skilled candidates in this field can feel positive about the jobs market this quarter.”

He said: “Last year saw the fastest annual rate of growth since before the financial crisis, translating into real opportunities for business and added security for workers and families.”

In other regions of the UK, the survey suggested that skill shortages are at their worst in the north of England and in the health sector, with the strongest figures for companies hiring over those expecting to shed workers in London, South-West England and the East Midlands.