Technology has created more jobs than it has destroyed 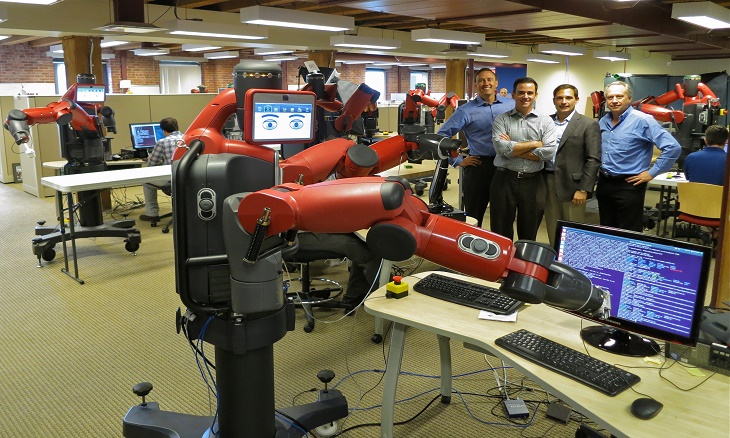 Ever since the industrial revolution there has been a battle between man and machine, with worries over technology taking jobs. In the 1800’s it was Luddites smashing machines, today it’s retail staff worrying about automatic checkouts and in the near future taxi drivers will be panicking over self driving cars.

A study by economists at Deloitte has looked at the rise of technology and the relationship between it and jobs by looking at the census data for England and Wales going back to 1871 to see if technology is taking jobs, or just easing the workload.

They concluded that rather than destroying jobs, technology has been a “great job-creating machine”, with findings including a fourfold increase in bar staff since the 1950’s and an increase in the number of hairdressers this century. Deloitte say that technology has increased spending power, which has created new demand and new jobs.

The authors of the study, which has been shortlisted for a prize by the Society of Business Economists, say that the debate over technology and jobs has been unbalanced towards the job-destroying effects of change and that going back over past job figures paints a more balanced picture.

Speaking to the Guardian the authors said that “The dominant trend is of contracting employment in agriculture and manufacturing being more than offset by rapid growth in the caring, creative, technology and business services sectors,” they write.

“Machines will take on more repetitive and laborious tasks, but seem no closer to eliminating the need for human labour than at any time in the last 150 years.”

Some of the main findings of the study included that hard and dangerous jobs have declined, with the number of agricultural labourers declining 95 per cent since 1871 to just 0.2% of the overall workforce.

However over professions, such as the caring professions like healthcare make up a bigger proportion of the workforce.

“Easy access to information and the accelerating pace of communication have revolutionised most knowledge-based industries,” said the authors. Rising incomes have raised demand for professional services, which due to technology has raised productivity and employment.

The number of accountants has risen, as the 1871 census records that there were 9,832 accountants in England and Wales and that has risen twentyfold in the last 140 years to 215,678.

Due to technological advances the prices of essentials and household appliances, as well as the real price of cars has fallen, leaving more money to spend on leisure. This in turn creates new demand and new jobs, which the study suggests explains the rise in bar staff.

“Despite the decline in the traditional pub, census data shows that the number of people employed in bars rose fourfold between 1951 and 2011” the report says.