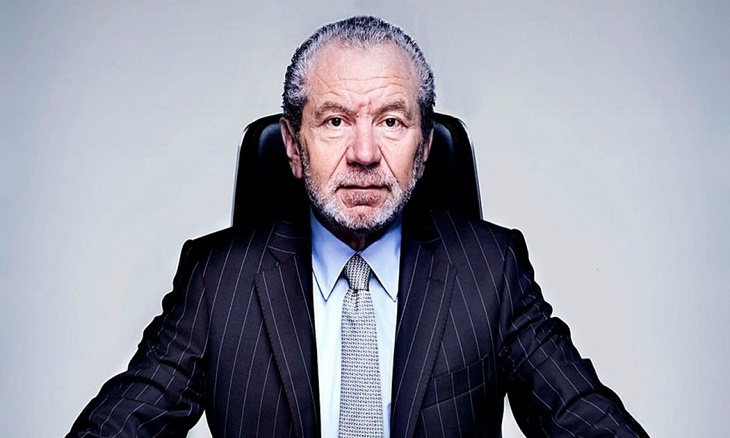 Arnold Schwarzenegger has been announced as the replacement for Donald Trump as the host of the American version of ‘Celebrity Apprentice’ and the choice hasn’t gone down well with one person – host of the UK version of the Apprentice Lord Alan Sugar.

Lord Sugar, who has previously spoken of his desire to take over as host of the American show, began goading the film star on Twitter after the appointment was announced publically.

Lord Sugar responded to a tweet from Schwarzenegger on Monday, who had thanked the public for their support:

To which Lord Sugar responded, suggesting that the appointment won’t be a hit with the audience: “You should be blown away, because that’s what the viewing figures will be”

Then retorting with the quip: “He won’t be back!”

While the American version of ‘The Apprentice’ features celebrities and raises money for charity, the British version allows Lord Sugar to invest in a business proposal made by budding entrepreneurs.

Lord Sugar recently revealed that Katie Hopkins was the show’s most memorable former contestant and the BBC have brought in psychologists to check the mental health of those taking part. However it seems like Lord Sugar would love to say “You’re Fired!” at the earliest opportunity to Schwarzenegger.