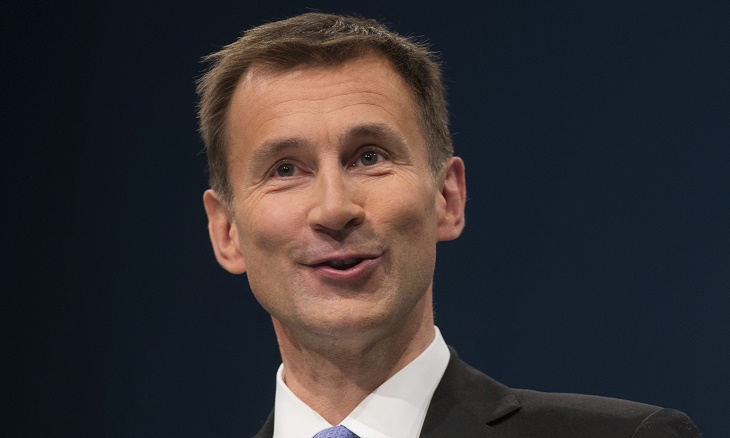 The Health Secretary said that the introduced cap would save taxpayers £1 billion in the next three years, and would end the ‘scandal’ of exorbitant fees

The NHS is to stop the culture of ‘rip off’ fees charged by locum doctors and nurses, after the Health Secretary pledged to cap the amount agencies can charge for all staff.

The massive fees that have been charged previously had been revealed by the Telegraph, with County Durham and Darlington Foundation Trust paying over £10,000 for the services of a locum heart specialist over an Easter Bank Holiday weekend.

The NHS paid a record £3.3 billion on agency doctors and nurses last year, with spending on temporary workers rising by £800 million – equal to the total NHS deficit across the country.

The Health Secretary said that the introduced cap would save taxpayers £1 billion in the next three years, and would end the ‘scandal’ of exorbitant fees. From April 2016, agency staff can only receive 55 per cent more than NHS employees, with the extra amount allowing for their lack of paid holiday, sick pay and pensions.

Health Secretary Jeremy Hunt told the Telegraph: “For too long staffing agencies have been able to rip off the NHS by charging extortionate hourly rates which cost billions of pounds a year and undermine staff working hard to deliver high-quality care.

“The tough new controls on spending that we’re putting in place will help the NHS improve continuity of care for patients and invest in the frontline – while putting an end to the days of unscrupulous companies charging up to £3500 a shift for a doctor.”

A large proportion of NHS trusts have become reliant on temporary workers, as between Christmas Eve and New Year’s Day more than half the shifts in some A and E departments were worked by locum medics.

The Department of Health is hoping that the new measures will persuade more clinicians to use the NHS bank of staff rather signing up to private agencies and will sit alongside new rules announced which include the ban of agencies that are not approved and a requirement to obtain specific approval for any expensive consultancy contracts over £50,000.

Trusts will only be able to override caps where absolutely necessary to protect patient safety and only if approved by the health watchdog monitor.

Janet Davies, Chief Executive & General Secretary of the RCN spoke of the new cap: “While capping agency charges may look like firm action from the Government, it will not resolve the huge financial deficits trusts are facing because of spiralling patient demand and flat-lining budgets.

“Successive Governments have failed to train or employ enough nurses, and pay restraint is forcing nursing staff to supplement their income through agency work. If they can no longer afford to work for the NHS, they will go elsewhere, the workforce crisis will become even worse and patient care will suffer.

“Rising agency costs are a symptom of short-term workforce planning. Any action on agency spending must go hand in hand with a longer-term strategy to train more nurses and properly value their work.”