Job advice to be offered at food banks 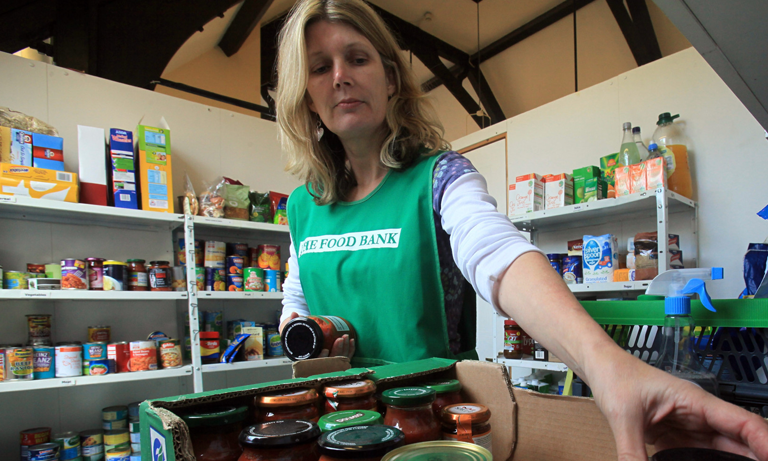 The work and pensions secretary, Iain Duncan Smith, has unveiled a scheme that has seen job advisers posted in a food bank that is set to be rolled out across the country.

Those that turn to the charities for help when unable to afford to eat will be given advice on claiming benefits and finding work while they pick up emergency food parcels, the work and pensions select committee was told.

Ian Duncan Smith said: “I am trialling at the moment a job adviser situating themselves in the food bank for the time that the food bank is open, and we are already getting very strong feedback about that.

“If this works and if the other food banks are willing to encompass this and we think it works, we think we would like to roll this out across the whole of the UK.”

Two advisers had been working one day a week at the Lalley Welcome Centre in Manchester, with Duncan Smith saying: “They are to provide support to people who come in and that can include people saying, ‘I haven’t had my payment’”, with an example of a claimant whose money was delayed because officials had not seen the right documents.

Sister Rita Lee, a nun at the Lalley Welcome Centre in north-east Manchester, said it was her idea to invite advisers from the DWP to help the food bank clients. She said: “I wrote to the minister and the prime minister and received very nice letters from them both, but it was Iain Duncan Smith who said we could have a meeting with him in London.”

She added that a meeting happened about three months ago and the DWP advisers started helping at the centre a couple of months later. The advisers are able to help visitors who are having benefits problems, for example, if they have been sanctioned, she said. “I think it’s a brilliant, brilliant thing that the government’s doing [this].”

In a statement after the select committee meeting, another charity that runs food banks, the Trussell Trust said: “We welcome the government’s interest in exploring new ways that the DWP might help people at food banks who have hit crisis as a result of problems with welfare delivery, but we would also suggest that there first needs to be a dialogue between the DWP and the Trussell Trust network about the possible challenges and opportunities that hosting DWP advisers in food banks could afford. We need to look at the most helpful ways for local jobcentres and food banks to work together.”