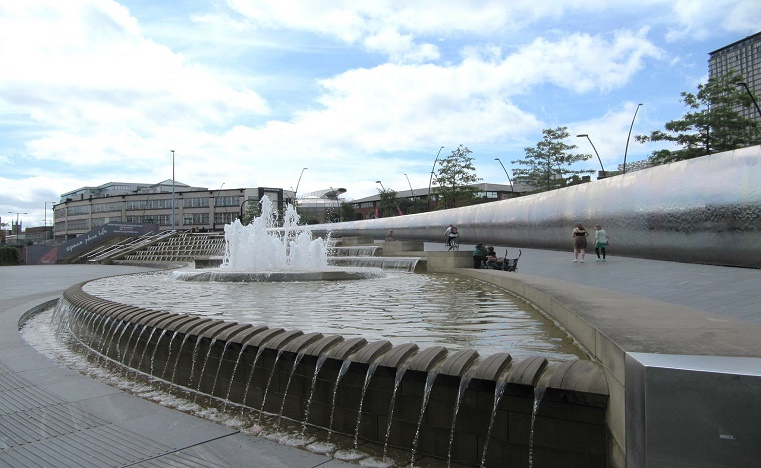 The review looked at the economies of Sheffield, Brighton and surrounding areas, and Oxfordshire and compared areas such as employment, wages and economic output

The Institute said that boosting the number of skilled jobs would help stop the north falling further behind the south. The author of the report, Tom Hunt, told the BBC that manufacturing would be a “good base to build on”.

The research, commissioned by BBC Sheffield, backed the case for the Northern Powerhouse, the government said.

The review looked at the economies of Sheffield, Brighton and surrounding areas, and Oxfordshire and compared areas such as employment, wages and economic output.

The report concluded that Sheffield’s weaker performance since 2008 is an “indication that the decades-long trend of the South of England significantly to outperform the North persists”.

It added: “In the context of austerity politics and the prospect of further reductions in government spending, the economy of the South of England looks set to continue significantly to outperform the North of England.”

Tom Hunt told the BBC that the research had used economic indicators such as employment and unemployment rates, weekly pay and economic output to see how the economies of the Sheffield City Region, Coast to Capital (Brighton to South London) Local Enterprise Partnership and Oxfordshire Local Enterprise Partnership performed since the global financial crisis hit in 2008.

He said: “What we saw over the last 10 years is that the Sheffield City Region economy had consistently higher unemployment than the two areas in the south.

“Just one year since we first set out our vision, the latest statistics show the total number of people in employment grew faster in the North and Midlands than in the South.

“Our deal with Sheffield, which includes £900m of government investment, will ensure local leaders have direct control to drive local economic growth and create thousands of new skilled jobs.

“There is huge potential in the North of England and we want that potential to be realised. This report underlines exactly why the Northern Powerhouse and devolution matter.”