Robots, tracking and an end to retirement: Is this the future of work?

A world in which your boss tracks your every move, your colleague is a robot and you're toiling past the current retirement age 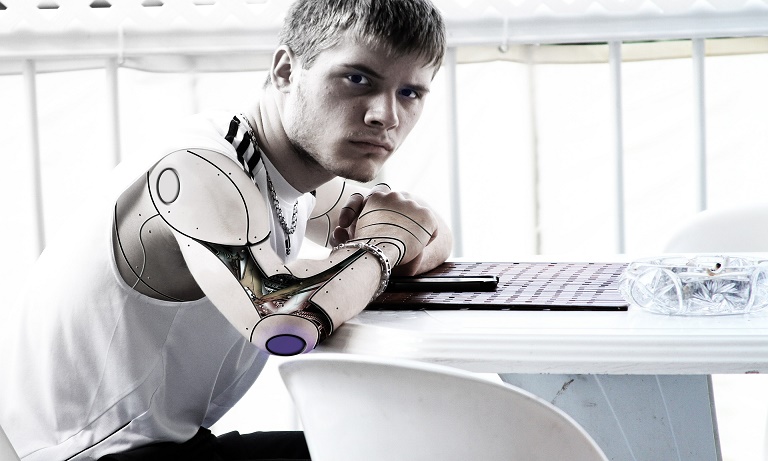 The future of work could involve AI taking white-collar jobs, and full time employment being a thing of the past

A world in which your boss tracks your every move, your colleague is a robot and toiling past the current retirement age is the norm might not sound like a great working environment, but – according to the Guardian – it could be on its way.

As part of a recent report into how work is changing, the Guardian has looked at five ways in which a workplace could be very different in the future:

The ‘traditional’ corporate pathway – moving up the corporate ladder – will in the future be outdated as a lattice and flexible structure is created to allow free-flowing ideas and career paths.

Cathy Benko, Vice Chairman of Deloitte in San Francisco revealed to the paper that one of the key workplace trends in the 21st century has been the collapse of the corporate ladder, which saw loyal employees climb towards management one promotion at a time. Benko says that the outdated model harks back to the industrial revolution. “We don’t live in an industrial age, we live in a digital age. And if you look at all the shifts taking place, one (of the biggest) is the composition of the workforce, which is far more diverse in every way,” she says.

A recent report, The Future Workplace, commissioned by financial protection specialist Unum, revealed what employers need to do successfully to manage employee wellbeing over the next 15 years. A key finding was that – in order to attract high-calibre employees – companies need to foster a more collaborative environment, including hot-desking, ideas workshops and switching teams on a regular basis.

While employees respond well to this style of working, it also benefits corporations too, as it better equips them to compete with the start-ups that are disrupting their business.

Robots are coming and they could soon sound the death knell for millions of jobs – if forecasts are correct.

Jerry Kaplan, a Silicon Valley entrepreneur who teaches a class in artificial intelligence at Stanford, told the Guardian: “There’s going to be a huge change, comparable to the industrial revolution.” He added that robots and intelligent computer systems “are going to have a far more dramatic impact on the workplace than the internet has.”

A study by the McKinsey Global Institute has also predicted that by 2025, robots could jeopardise between 40m and 75m jobs worldwide.

“There have been two major developments over the past 10 years,” says Kaplan. “The first relates to advances in machine learning – the ability to organise large volumes of data so you can get actionable intelligence. The second is the availability of data of all kinds, coming from smartphones and other low-cost sensors out there in the environment. When you add those two things up – the availability of the data along with the ability to interpret it – it enables a whole lot of things that you couldn’t do before.”

As well as manual work being affected, white-collar jobs are also at risk as software becomes more sophisticated; with data analysis work being outsourced to computers. Even the authority of medical experts is being challenged, as IBM’s ‘Watson’ now diagnoses cancer patients in the US.

Optimists argue that by absorbing the most routine aspects of our jobs, machines are freeing us up to concentrate on more creative activities. However, Silicon Valley entrepreneur and author Martin Ford told the Guardian: “The reality is that a very large fraction of our workforce is engaged in activities that are on some level routine, repetitive and predictable.”

The growth of the ‘Human Cloud’ – a global pool of freelancers who are available to work on demand – is set to shake up the world of work.

While the market is evolving so quickly that it’s difficult to accurately determine the number of ‘freelancers’ worldwide, management consultants McKinsey estimate that, by 2025, some 540 million workers will have used one of these platforms to find work.

The benefits for companies using these sites are obvious: instant access to a pool of cheap, willing talent, without having to go through lengthy recruitment processes – plus no need to pay overheads and holiday or sick pay.

For now, this sector of the labour market is largely unregulated. However, Guy Standing, Professor of Economics at SOAS, University of London, says that there is an urgent need for an industry code of ethics and low-cost means of redress to protect vulnerable workers: “It’s going to become a very big, explosive issue. In some sectors, the use of cloud labour is doubling each year and so far, the policymakers haven’t addressed it.”

With employee wellbeing a high priority for many bosses, workplace monitoring will become more prominent in the workplace, as employers monitor all aspects of an employee’s performance – from whether they’re stressed or tired to not getting enough exercise outside work.

Workplace tracking is used commonly in offices, with low-cost GPS systems used to record the progress of delivery drivers. Earpieces are used for warehouse employees, which can also be used to track their performance.

However fitness and health tracking will take off. Technology research company Gartner believes that around 10,000 companies worldwide offered their staff fitness trackers in 2014. The firm predicts that next year, most companies with more than 500 employees will offer them.

Why are employers tracking your sleep patterns and stress? “Really, it’s a management diagnostic tool,” says Chris Brauer, Director of Innovations at Goldsmiths, University of London. “What impacts on your performance at work is not just what you do at work. In our early-stage studies, we find strong, clear correlations between sleep patterns and concentration, between levels of anxiety and stress outside the workplace and performance inside the workplace.”

The End of Retirement

If you’ve planned to quit at 65, it might be time to reconsider. Everyone is going to stay working for longer, but companies will be more likely to exploit your experience.

As an aging population continues to strain governments across the world, speculation is rife that we are approaching the end of retirement – or at least entering a period in which older workers will stop working gradually rather than abruptly upon reaching retirement age.

For many older workers, however, remaining in employment beyond 65 is an unsettling prospect. “A certain type of older worker with sought-after skills can manage transitions from one job to another easily enough,” says Matt Flynn, Director of the Centre for Research into the Older Workforce at Newcastle University Business School, told the Guardian. “For them, a cliff-edge approach to retirement is probably going to be a thing of the past.”

“But,” he adds, “for a lot of people – not only those in low-skill, physically demanding jobs, but also those who don’t have that much experience making job transitions – they are going to feel a real sense of loss in job security and economic security if that cliff-edge approach is taken away. Even if it’s on a more phased retirement basis, having to work longer than you planned can be quite scary.”

Flynn gives the example of the Silver Human Resource Centre in Japan, which provides part-time, paid employment for people over 60 – which shows a government investment in older workers that has yielded positive results. “This idea could easily be applied to a UK or US context and, given a modest investment by government, making better use of skills and knowledge of older workers could benefit the entire economy.”

A report by the International Longevity Centre UK think-tank backs him up – estimating that Britain’s GDP could increase by 12 percent by 2037 if the number of people over 65 in work continued to rise.