How has Brexit affected the pounds as we know it?

When the UK voted to leave the EU back in 2016, the pound reached highs of $1.50 against the dollar 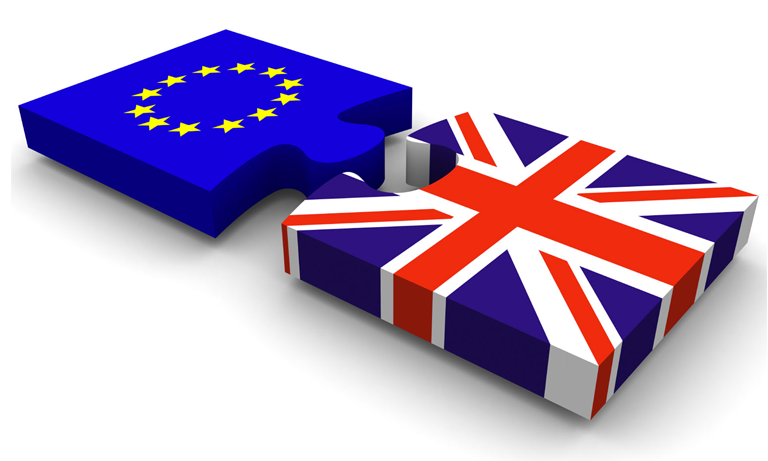 If we are to have a clear Brexit deal in place, the pound in the future is more likely to rise

Since the referendum took place in June 2016, there have been numerous uncertainties for the UK and what the future will bring when we leave the European Union.

With Theresa May’s first plan for leaving the EU being rejected almost two years later and the leaving date creeping up upon us at an exponential rate, these uncertainties remain stronger than ever.

One of the biggest uncertainties is the effect Brexit will have on the pound. The pound’s worth has been determined by buyers, sellers and traders on currency markets since 1992 and has risen and dropped over the years in a relatively predictable passion when it has been purchased and sold.

However, while the financial industry typically uses previous behaviour to forecast future prices, as evidenced in the Market Geometry system used by forex brokers, this is proving difficult, particularly as we face unprecedented concerns.

When the UK voted to leave the EU back in 2016, the pound reached highs of $1.50 against the dollar, however, once the news of Brexit reached the rest of the world, the pound took a huge fall, resulting in its lowest rate of $1.32 and €1.20.

The change in Prime Minister from David Cameron to Theresa May and the promised potential for more stability assisted a rise in the pound to $1.34, but this then changed once the announcement regarding the accelerated leave of the EU was made by the new PM.

This had a catastrophic effect for the pound as it fell to €1.11 and $1.23 against the dollar. The doubts continued for the pound which meant that at the beginning of 2017, it sunk yet again to $1.21. 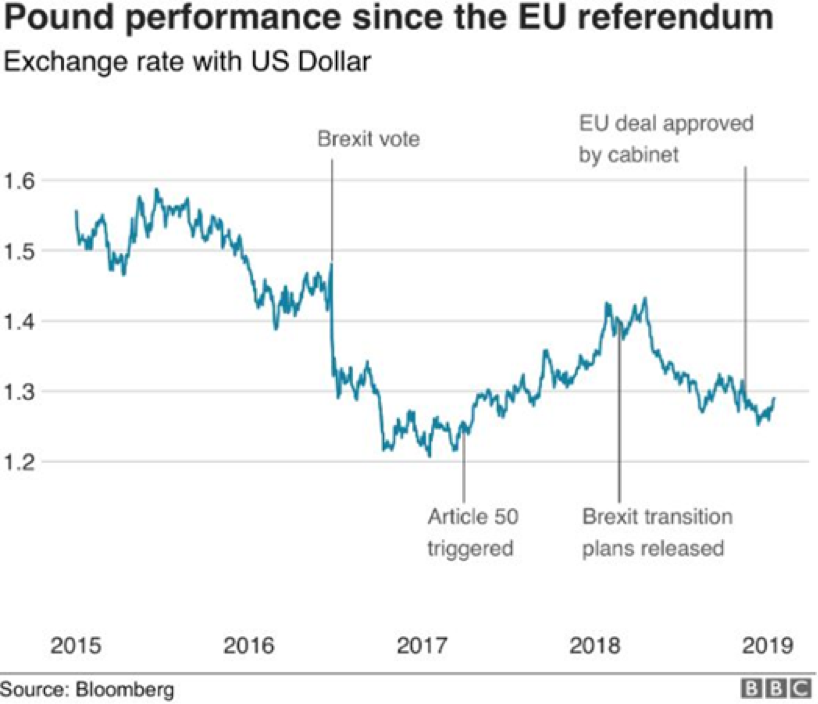 In 2017, when Theresa May called for a snap election, the pound rose by 2.7% to $1.28 as many believed that there would now be more seamless Brexit negotiations by the Conservative party. This didn’t last of course, when at the beginning of June 2017, it fell 2% due to the hung parliament.

These detrimental uncertainties from the political party then led to 2017 having a weaker pound, which in turn resulted in an increase in the cost of living, affecting many in the UK. September of that year saw a huge 3% inflation, which led to a rise in interest rates for the Bank of England.

The chances of a soft Brexit lead to the pound rising in July 2018 to $1.33, however, when the Foreign Secretary, Boris Johnson, resigned, it dropped again unsurprisingly. The doubts surrounding the UK leaving the EU with no deal continued throughout the following month and the pound fell sharply below $1.29.

A couple of months later in November, due to it seeming as if Theresa May had agreed a drafted deal with Brussels, the pound began to rise again, but of course, this didn’t last when internal disagreements within parliament and many resignations were announced.

So, what is the future looking like for the pound? With the PM’s deal failing to gain parliament’s approval in mid-January, the threat of a no-deal Brexit is growing. This, of course, is not good news for the pound due to the immense uncertainty that surrounds this problem.

Towards the end of January 2019, Theresa May will be putting her second plan to her fellow politicians for them to vote upon. However, if this is not accepted or agreed on, then the value of the pound will be the most undefined it has ever been.

If we are to have a clear Brexit deal in place, the pound in the future is more likely to rise, however, this cannot be predicted due to the many hurdles in the UK’s way. For those looking to make currency transfers in the near future, waiting for the better price isn’t as simple as it may have been in previous years and predicting the true behaviour of the pound may just be a case of watching this space.