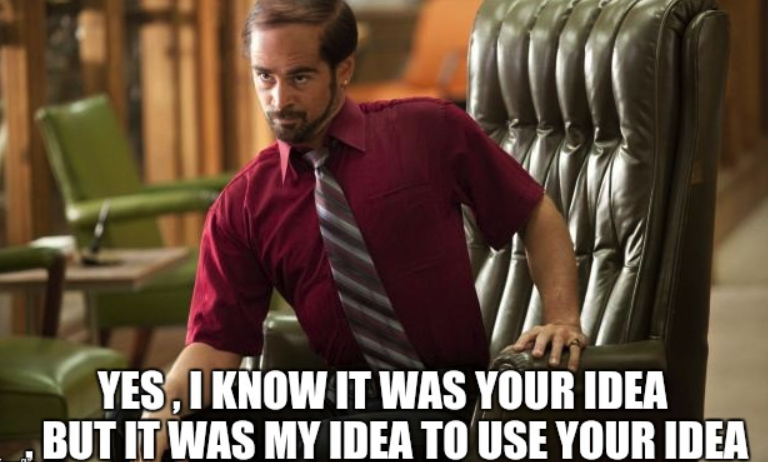 More than half (59%) of staff never socialise with their manager

New research published this month from leading UK jobs board Totaljobs has uncovered a worrying divide in the relationships between line managers and their reports as half (49%) reveal that they have quit a job due to the relationship with their boss going sour and fewer than one in five (18%) of us feel we can trust our boss.

Only a third (34%) of workers said they felt confident they could approach their manager about a work-related issue, dropping to just 1 in 5 (20%) when raising a personal problem.

Bottling up potential difficulties, in turn, has consequences. A quarter (26%) of people report they’ve sought mental health support because of their working relationship with a line manager. A further 24% admit to having suffered nightmares about their boss. In research earlier this year, Totaljobs found that more than a quarter 1 in 4 (28%) workers went so far as to single out their manager as a work enemy.

No train, no gain

Becoming a good boss isn’t always easy. So just how prepared do bosses feel when asked to take on the responsibilities of managing others?

The picture isn’t encouraging: 4 in 10 managers said that they have never received any management training, with 18% only receiving training more than a year after having taken up their new responsibilities.

A lack of feeling prepared could lie behind high rates of so-called Imposter Phenomenon Totaljobs has uncovered at managerial levels: a whopping 78% of junior managers admitted to feeling like a professional phoney at least once during their careers.

The upshot is that even with some of the most fundamental tasks a manager can perform, there appear to be signs of training shortfalls. In the case of job interviews, nearly two-thirds (62%) of managers have conducted interviews without any training at all.

One in three (37%) candidates have withdrawn a job application because of the interviewer’s behaviour, but when training is provided, it can make a big difference. Approximately seven in 10 (69%) of those who have received the appropriate training say they felt it effectively prepared them for the job of managing others.

Yet once through the interview stage, the relationship between managers and employees isn’t functioning well as it should. Employees surveyed by Totaljobs have revealed what they consider to be their bosses’ worst habits. Playing favourites (49%), speaking behind people’s backs (43%), and taking credit for other people’s work (36%) are just a few of the ways bosses have been found to bother subordinates.

There’s little chance many managers will find themselves invited to many employee BBQs this summer. More than half of reports told Totaljobs they never socialise with their managers (59%).

In fact, 1 in 3 (34%) told Totaljobs they would go so far as to actively avoid their managers if they spotted them in public. Why? A third of them (31%) told us this was because they would simply find crossing paths too awkward. And almost half (46%) reasoned that they don’t believe they have anything in common.

With both sides on the same page, the door is open for those who wish to take the relationship in a positive direction.

What are the ingredients that mark out a successful relationship with a manager?

Clear objectives (52%), task-specific feedback (49%) and detailed job descriptions (46%) all rated highest amongst reports as the best things managers can do for them. Ultimately the kind of actions which guide and develop individuals to professional success.

Management roles aren’t always a natural fit for everyone. The ability to communicate effectively, develop and lead are not a given set of universal skills.

Alexandra Sydney, Marketing Director at Totaljobs explains why it is important for managers to be offered coaching from the start to develop and hone their leadership strengths:

‘‘Today’s workforce is clear about the fact that they want to work for companies that will take the time to recognise and invest in their careers. That’s why it’s troubling that so few workers are willing to place trust in their managers – the very individuals whose role it is to coach staff and help them to understand and build their strengths.

“There is a misconception in some quarters that individuals can learn how to be manager while on the job, while the skills needed to do it well can be easily picked up through experience.

Building a successful team takes more than just hiring people with the right technical skills. That’s why employers should ensure management staff are given the training and confidence they need to not just rule over junior employees, but to appropriately support and develop their professional journeys.

“Employers should adopt an open channel of conversation between management and their reports, encouraging discussion around professional expectations and aspirations. Ultimately communication is a two-way street, but one that can lead to trust, development and success.”