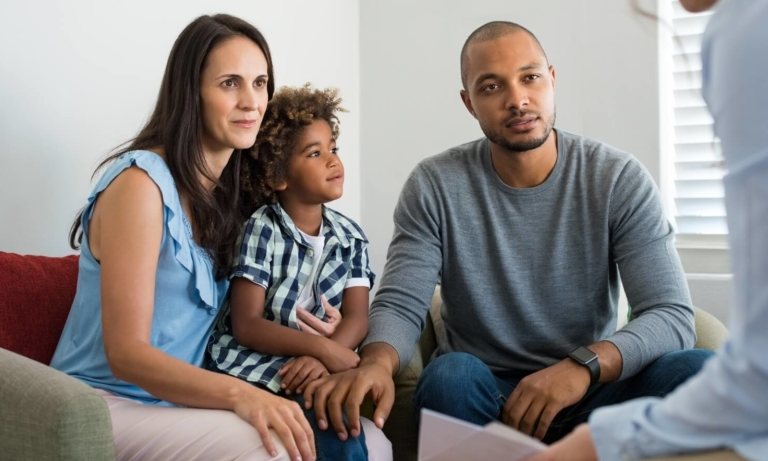 Three out of five East Midlands parents (60%) think that smartphones shouldn’t be allowed in school, as a tool for learning

OUT OF TOUCH parents are trying to steer their children away from pursuing lucrative 21st century careers, because they don’t understand the opportunities, a study shows.

Three quarters of East Midlands mums and dads believe that conventional academic subjects such as Maths and English taught at school and beyond, are more valuable than creative and new technology subjects.

Ahead of A-Level results day, new research has revealed that despite the creative industries being one of the fastest growing sectors, with an estimated 2 million jobs available, there is still a sentiment from parents that they wouldn’t be happy if their child chose to pursue a creative career. Parents would appear to have overlooked the opportunities available within expanding fields such as game development, visual effects, art, music and social media, according to a poll of 1,000 parents of under 18 year olds, commissioned by Escape Studios.

When asked which degrees would be most valuable from a lifelong career perspective – parents identified as their top three choices – Business/Accounting (14%), Computing (12%) and Engineering (12%). The arts ranked second to last at 4%. These findings showcase the importance of educating parents in the growth of the creative sector, as the future workforce will help to build our growing creative industries, which as of 2018 contributes £101.5 billion to the economy.

Due to parents’ lack of understanding of the career options available within the creative industries, over a third (36%) said they would try to influence the degree their teenager chooses to study at university.

Parents stated that they would be happier if their children opted for career paths such as training to become a Scientist (32%), a Accountant (22%) or an Engineer (24%), while the most disliked future career paths were identified as Social Media Influencer (38%), Bloggers (38%) and Gamers (30%). Only 4% of parents wanted their child to pursue being a Coder or Animator, even though the creative industries can offer many lucrative job opportunities. Forecasts predict the UK could create up to 1 million new jobs in the sector by 2030.

East Midlands Parents believe that the most important subjects for their children to study in school are Maths (66%), English (60%) and Computing (60%). Crafts and Music each received less than 20%.

Parents need more support when it comes to understanding the opportunities available within the creative industries. The classical boundaries between industries are also rapidly becoming blurred, due to advancements in technology; as a result, there is a need for digital skills in more conventional roles too. Indeed, recruiters within the creative industries are sourcing talent from varied backgrounds, such as science, art and engineering.

The East Midlands parents participating in the poll acknowledged that allowing their children to play video games offered some benefits, including the development of their problem-solving skills (48%), logic skills (40%) and communication skills (18%).

Director of Escape Studios, Dr. Ian Palmer, comments on these abilities, ‘Skills such as problem-solving, decision making, risk-taking, and communication can all be used in jobs across the creative industries. Alongside storytelling and imagination. Children that adopt to technology at an early age learn skills that offer them a better chance of getting a job in the digital sectors. We know there is a wealth of opportunity in terms of roles that are also future-proof. It’s predicted that 87% of creative jobs are resistant to automation, creating a very resilient creative workforce.”

Despite this, three out of five East Midlands parents (60%) think that smartphones shouldn’t be allowed in school, as a tool for learning. However, 68% admit that allowing their children to use technology from an early age, is beneficial for their development.

The top 5 jobs that East Midlands parents would ideally like their children to pursue, are:

The top 5 jobs that East Midlands parents ideally don’t want their children to pursue, are:

Dr. Ian Palmer, Director of Escape Studios adds; “The creative industries continue to grow at a substantial rate; despite this, not enough parents are aware of the opportunities available to their children within this sector. At Escape Studios, we offer courses in Game Art, Animation, Visual Effects, and Motion Graphics.

“We have a wealth of alumni who have gone on to have successful careers working on everything from Avengers: Infinity War, Jurassic World: Fallen Kingdom, Guardians of The Galaxy: Vol 2, and the Oscar winning film, The Jungle Book. This is a rapidly growing industry that’s ready to welcome talent from all backgrounds and with a wealth of skill sets.”