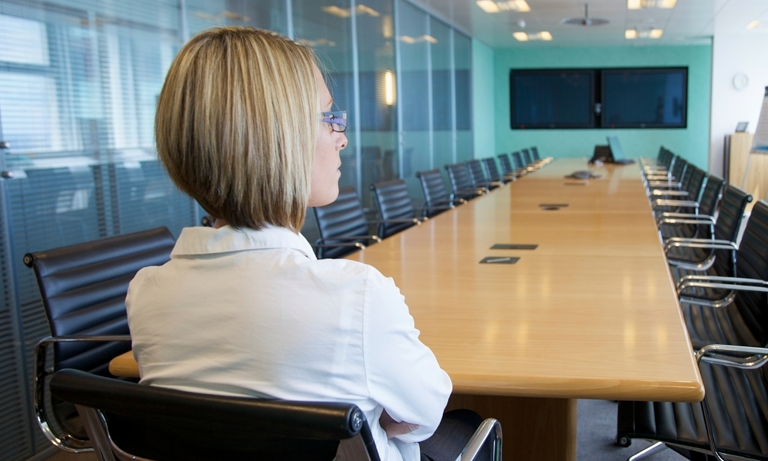 The Chair of GlaxoSmithKline, and former Chair of RBS and Sainsbury’s, Sir Philip Hampton, has been appointed to lead an independent review on increasing representation of women in the executive level of FTSE 350 companies, the government has announced.

Dame Helen Alexander, Chair of UBM, will take on the role of Deputy Chair to the review.

The appointment of a man to head the review has led to Ministers being mocked by campaigners and on social media.

Sophie Walker, leader of the Women’s Equality Party, said the appointment was “beyond ironic”.

“Having more women on FTSE boards allows companies to benefit from the enormous wealth of talent these women offer, and means these women can act as powerful role models for the next generation of girls.

“We have come a long way but we must do more to make sure women everywhere are able to fulfil their potential. I want to see an end to all male boards anywhere on the FTSE 350, and much more progress at the executive layer where we know progress has been slowest to date. Men have a critical role to play in this and I look forward to working with Sir Philip and his team on this incredibly important agenda.”

Sir Philip’s new review will continue on from Lord Davies’s Women on Boards Review, a voluntary business led initiative, which saw female representation on boards in the FTSE 100 rise from 12.5% to beyond the target of 25%.

The next phase of the review will focus on building the pipeline for female executives and emerging non-executive directors, to continue the work already done on increasing board representation. This was one of the key recommendations from Lord Davies’s report.

“The employment rate for women has never been higher and there are now more women on FTSE boards than ever before. But we need to go further, particularly when it comes to paving the way to the executive level. Companies cannot afford to miss out on the skills and talent of the whole population if the UK is going to compete in a fast-moving global economy. This is not just about diversity for diversity’s sake, but about improving performance and productivity.

“Sir Philip brings a wealth of business experience to this important role, and he has an impressive track record of creating a culture where women can thrive and succeed.”

Sir Philip Hampton has been Chair at GlaxoSmithKline since May 2015. Before joining GSK, he was Chair of The Royal Bank of Scotland Group and J Sainsbury plc. Before that he was Group Finance Director at Lloyds TSB Group, BT Group plc, BG Group plc, British Gas and British Steel plc.

He led the Hampton Review of regulatory inspection and enforcement in 2005 and was also Chair of UK Finance Investments Limited in 2008.

“I am delighted to take on Lord Davies’s great work around Women on Boards and I want to now turn my attention to the FTSE 350. I will focus on improving representation in the executive layer of companies, as well as maintaining the momentum on boards. This means looking at the talent pipeline for female executives and emerging non-executive directors to ensure we create opportunities and the right conditions for women to succeed.”

In his first move as Chair, Sir Philip has appointed Dame Helen Alexander as his Deputy Chair to work alongside him on the review. Dame Helen is Chair of UBM plc and also a non-executive director of Rolls-Royce Group plc, Huawei UK, and a senior adviser to Bain Capital.

“As a former director of several companies, I know that business needs to do more to ensure that female talent is harnessed and not wasted. Encouraging progress has been made, but we now need to focus on the talent pipeline of capable women to ensure they can see a viable way ahead into leadership positions.

“This will ultimately make companies more innovative and more competitive; a leadership team made up of men and women better represents the employee and customer base giving firms an edge in the products and services they offer.”