Hays reports a decline in UK staffing demands – should we be concerned? 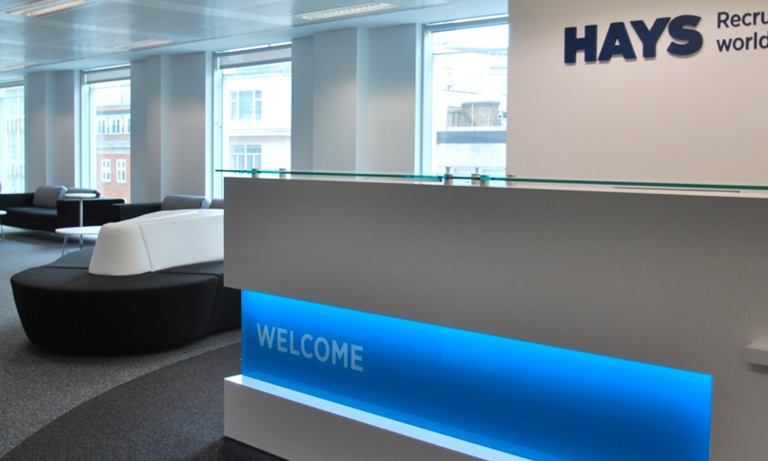 Hays, one of the UK’s leading recruiting companies, has reported that demand for new employees has deteriorated over the past six months. This is thought to be as a result of uncertainties surrounding the current economic outlook.

Despite the company reporting a strong first half to the financial year, with an increase in profits and strength in other markets, Hays shares closed down 8.4 per cent to 113.8p in reaction to the warning on 24 February.

35 per cent of the company’s revenues come from the UK and Ireland, increasing by just one per cent in the second quarter compared with a 14 per cent growth in the corresponding period in the previous year. The north of England and Scotland bore the brunt of this, with small declines in net fees in both regions.

The weakening of demand for employees in the UK has been seen in both the private and public sectors. Hays chief executive Alistair Cox reported that companies seemed to have taken a step back from employing new staff in the second quarter, possibly to reflect and consolidate. In terms of the public sector, budget cuts in local government and the NHS have resulted in a limitation on the number of temporary workers being employed; however, Mr Cox stated that this reduced demand was unlikely to worsen at this point.

Mr Cox went on to state that the three per cent growth seen in the rest of Europe, manifesting itself in a pre-tax profit of over £82m, was grounds for confidence for the second half of the financial year. Germany and France reported record fees, with the growth in these countries still strong. Overall, the outlook appears encouraging, especially when it is considered that these kinds of figures would be viewed positively in good markets, let alone mixed ones.

Hays’s overall net fees increased by eight per cent when compared like-for-like and would have been higher had it not been for the weak euro, which reduced net fees by just over £14m; however, it is thought that a weaker pound in the second half of the year will aid the company.

With a solid first half under its belt and confidence going forward into the second half, there are plans in place for Hays to up its interim dividend to 91p a share, an increase of five per cent. It seems there is not too much cause for concern just yet.