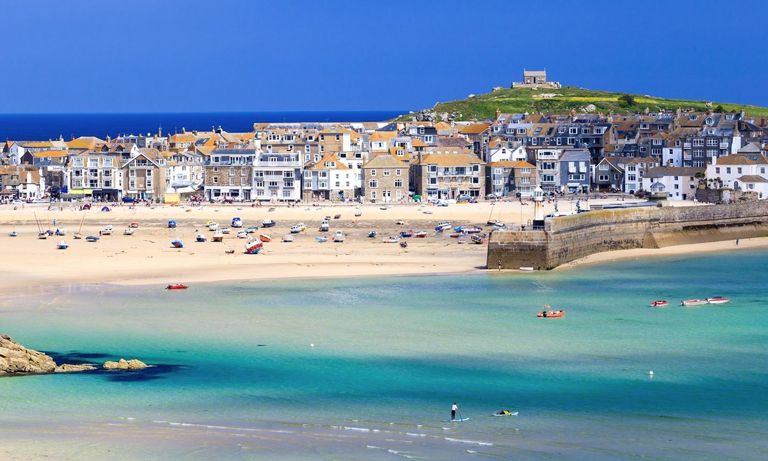 World commerce leaders such as Sony and Amazon have already signed on to become active partners in Launchpad, a unique business incubation programme led by Falmouth’s vice-chancellor and chief executive, Professor Anne Carlisle.

Along with being one of the fastest-growing new industries in the country, the digital and technology sector is rapidly moving forward and becoming one of the major players in the UK economy, spurring a massive projected growth in related employment nationally.

The sector is currently bringing in over £118bn per annum – a figure that is certain to grow year on year as more and more international companies are attracted here by our skilled and innovative workforce and exceptional forward planning. With this new programme, Cornwall is set to be right at the heart of it.

Despite this massive success, however, some problems have been slowing it down. After much research, Falmouth University has identified one of the major roadblocks.

Professor Carlisle, who is also the head of Falmouth Business School, noted the failure of many new small- and medium-sized digital sector enterprises to achieve their potential growth – a problem she ascribed to the lack of professional support available.

Working to correct this, the programme is designed to underpin startup businesses by establishing the right conditions in Cornwall for them to flourish; as a knock-on effect, this will attract new highly-skilled and well-paid jobs into the rest of the country.

Professor Carlisle recognised that if Cornwall is to grow – and these fledgling startups would have to stay based in the county – the right calibre of Falmouth and other Cornish graduates – the potential entrepreneurs who would be likely to go on to create their own innovative businesses – would need to be retained locally rather than taking their highly-valuable talents elsewhere.

As she recently explained, Launchpad has what it takes to transform Cornwall’s economy. Creating businesses and jobs in high-growth sectors will deliver a pipeline of talent, helping Cornwall to become a hub of innovation and creativity.

Professor Carlisle’s pioneering initiative quickly caught the attention of the European Regional Development Fund (ERDF), which has provided major investment, as have local associates who have also seen the immense possibilities.

Cornwall Council has similarly recognised the long-term value of this ground-breaking new initiative by pledging £2m alongside the ERDF’s £10m.

To allay any Brexit fears, the British government – having recognised the potential for this pioneering programme – has agreed to step in and provide the same level of funding after Britain leaves the EU and the agreed ERDF backing comes to an end.

Thanks to Falmouth’s Launchpad, Cornwall may be seen in the future as Britain’s answer to California’s Silicon Valley.