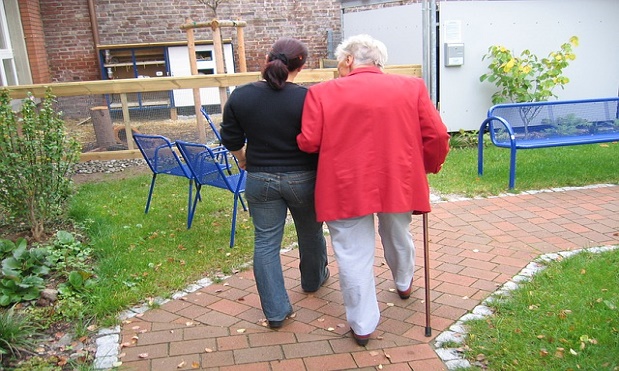 GMB, the union for care workers, has reacted with fury to reports Runwood Homes plans to sell its entire estate for £350m putting hundreds of jobs at risk and creating uncertainty for residents and their families.

Owner Gordon Sanders – who bought the company for £60,000 in 1988 – is understood to be willing to sell the entire share capital of the company.

Back in 2016, Doncaster Borough Council sold off the remaining council run residential homes to Runwood Homes – one of the UK’s largest care home companies – a contract which has been fraught with concern for staff and residents.

Then in March 2017 Runwood served notice to its 184 staff in the Doncaster area the company would be imposing worse terms and conditions – potentially in breach of the contract between Doncaster Borough Council and Runwood Homes.

Runwood Homes told GMB just a few weeks ago that ‘we are here for the long haul’.

Now it seems the company was slashing already low-paid care workers’ terms and conditions in order to make the company a more attractive investment for potential buyers.

“During the past eight months, the terms and conditions of GMB care worker members in Doncaster have been subjected to some of the most savage cuts I have ever seen.

“Runwood Homes made it clear from the off they wanted to strip members terms and conditions to the absolute minimum they could – with some members having their pay cut by £900 per month.

“The company acquired many former Doncaster Council Homes for a peppercorn rent, which adds further insult to injury when GMB members have been forced to lose sick pay, pension contributions and up to £4 per hour pay in order to feed the greed of Runwood Homes.

“Now it looks as though this suffering for our members was to make the company easier to sell.

“GMB will not allow this scandal to take place unheard, and calls on the council to urgently intervene.

“We believe Runwood is in serious breach of its contract, putting both the residents and workers livelihoods at risk.

“GMB will fight tooth and nail for its members who so desperately need our help and support.”