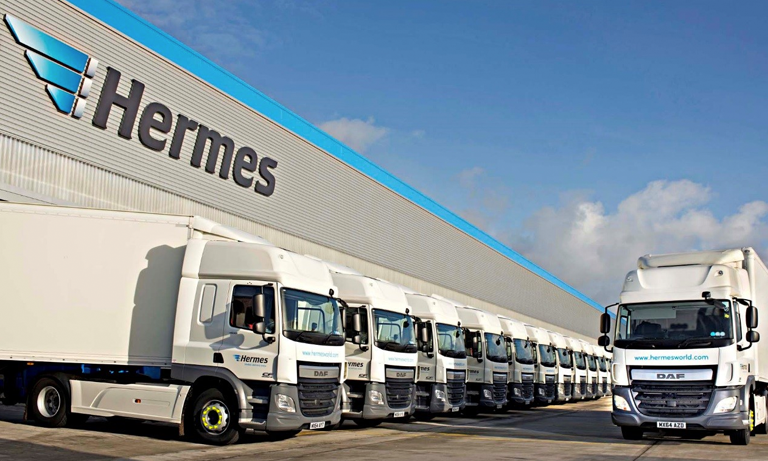 In a deal hailed as ‘ground-breaking’, Hermes couriers can now opt to receive guaranteed earnings and holiday pay without sacrificing their self-employed status.

‘Self-employed plus’ is the term used to describe the agreement struck between delivery company Hermes and the GMB Union. It is thought to be the first recognition deal in the gig economy to support the rights of couriers providing a delivery service for Hermes.

It means that courier drivers for the company can now decide to have ‘self-employed plus’ status, which would enable them to receive holiday pay up to 28 days as well as personally negotiated rates of pay. This could allow earnings of up to £8.55 per hour – more than the current national living wage.

It means that drivers wishing to remain self-employed can still earn premium pay with Hermes.

The agreement comes after an employment tribunal ruled that Hermes drivers were ‘workers’ rather than self-employed individuals and should therefore receive employment rights such as the minimum wage and holiday pay.

The GMB Union has praised the agreement and urged other companies to follow Hermes’ lead, describing the move as ‘not only good for business, but the right thing to do’.

In return for the self-employed plus status, Hermes drivers will now need to follow delivery routes as specified by the company rather than choosing their own as they did previously.

Speaking after the announcement, Hermes UK CEO, Martin de Lange, said the company was pleased to be able to deploy this employment model and hoped that others would soon follow suit. Describing their commitment to offering innovative ways of working to meet the needs of individuals, he said the agreement would give a ‘strong voice’ to drivers who wished to retain the flexibility of their self-employed status whilst also receiving guaranteed levels of earnings and holiday pay.

Industry experts will undoubtedly be watching how the agreement between Hermes and its drivers develops. Some are interested to see whether HMRC decides that such courier workers should pay employees’ tax and National Insurance contributions through PAYE. This would see Hermes required to make the additional employer’s contribution of 13.5% – a burden thought to be a major influencer for companies when deciding the structure of their workforce.

There is a feeling among some industry insiders that there is movement towards full workers’ rights in the gig economy, and therefore further challenges could be seen in future. While it is increasingly recognised that flexible working offers a host of benefits to workers and businesses, there is still work to be done to balance flexibility with fairness, choice and protection.