How will employment laws change if we exit the EU?

Will an exit turn back the clock and limit the rights available to UK employees? 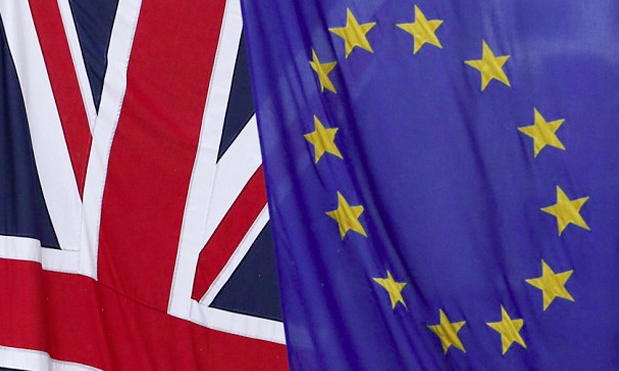 Britain and the EU

The Government has indicated that an “in out” referendum on our membership of the EU will take place this year. Will an exit turn back the clock and limit the rights available to UK employees?

How long will it take for Britain to exit the EU?

Withdrawing from Europe is likely to be a hugely complicated and lengthy process. The exit rules provide that countries have a minimum of two years to achieve this which starts from the date the Government serves formal notice to exit the EU (which will not be immediately after the referendum). During this time, the Government will look to negotiate the terms of the exit.

It is likely that the Government will want to retain some relationship with the EU particularly in the context of maintaining trade links and it may have to make significant concessions to achieve this such as retaining key employment rights.

Most of the employment rights enjoyed by UK employees either derive from European Directives, or are now covered by them. This includes the right to be protected from discrimination, the right to a minimum period of paid annual leave, the right to adequate daily and weekly rest breaks and not to work more than 48 hours per week. It also includes rights for agency, temporary and part time workers, the right for employees to retain the terms and conditions of employment following a TUPE transfer and the right to collective consultation before any redundancies take effect.

The major exception to this list is the right not to be unfairly dismissed.

Will UK employers be able to ignore employment rights derived from Europe?

Nothing is likely to change (at least until after the details of the exit are finalised) which means that employers will have to continue to follow all existing laws. UK laws can only be revoked by a UK Government and whilst the Government might want to make some adjustments to existing laws, it is inconceivable that it will remove, what are now considered to be fundamental rights, such as protection from discrimination or the right to paid holidays.

Let’s take an example: the Government has been critical of some aspects of the Working Time Regulations which do not, in relation to holiday and pay, comply with EU law. This has led to litigation and considerable uncertainty for businesses.

If EU law is no longer applicable the Government could revert back to the strict wording of the Regulations which will mean that employers do not have to allow the accrual and carry-over of holiday from one holiday year to another (which can apply when an individual is on sick leave). Similarly the position with regard to how much holiday a worker is entitled to receive when they take a holiday may revert to the pre-holiday pay litigation position (without accounting for overtime or commission). That said, case law (which is currently binding) will need to be slowly dismantled by the UK Tribunals who may no longer have to interpret our current legislation in a manner consistent with European legislation.

There is an additional issue. Even if key employment laws are revoked, businesses will not be able to reduce the terms and conditions of their existing members of staff (which have been expressly agreed or implied) without agreement. Forcing through detrimental changes is likely to cause real resentment and may drive employees into the arms of trade unions and ultimately into Tribunals.

How will UK legislation be interpreted after the exit?

EU decisions will no longer be binding on UK courts. It is possible that UK courts may still consider relevant EU decisions, but they will not be able to “read in” words or adapt UK statutes and Regulations to reflect EU Directives. As a result, some cases that are currently binding in the UK will no longer be considered to be good law as highlighted above. This may create additional uncertainties for businesses (at least in the short term).

What are the implications for the free movement of people?

This issue is likely to form part of the negotiations. If an exit takes place, there will be no automatic right for UK citizens to travel and work outside the UK, or for UK businesses to freely recruit staff from the EU which will potentially cause major problems for some UK businesses. Individuals who wish to work in the UK may have to satisfy immigration controls imposed by the Government and UK citizens who wish to work in the EU may have to satisfy the immigration policies adopted by the country in which they wish to work.

It is not clear whether EU citizens working in the UK will have to leave, but even if they do, we would expect a transitional period to apply to give businesses time to adapt/or apply for permission for particular employees to work in the UK.

Will Scotland, Northern Ireland and Wales be forced to exit the EU even if they vote yes to remain in the EU?

The Referendum will apply to all UK citizens including those residing in Scotland, Wales and Northern Ireland and it is possible that citizens of these countries will vote differently from those in England, or from each other. The details of the Referendum have not yet been announced, but if the result is based on a simple collective majority, the dissenting countries will be forced to comply with the result. The Scottish SMP has already said that if this happens it will trigger a request for another Scottish Referendum and it has been suggested that the “fall out” from this could result in the breakup of the UK.