Gig economy in London grows by a massive 72%

The English capital’s gig economy has boomed by 72% since 2010 in the storage and transport sector, according to new research 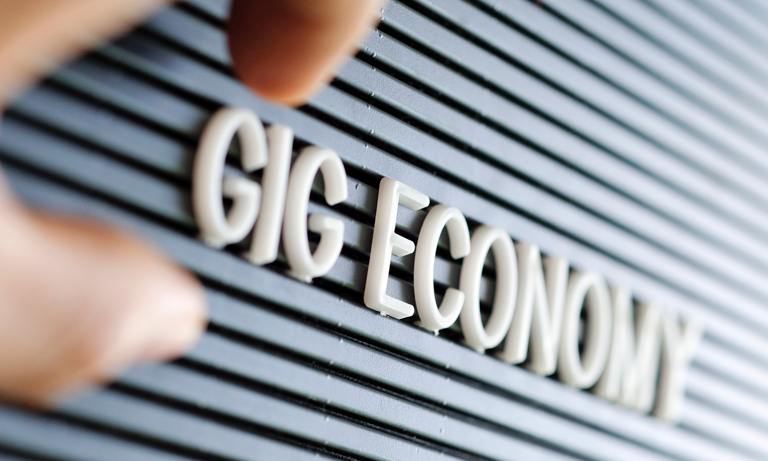 A thinktank from the New Economics Foundation said that employment numbers within the sector have gone up substantially in the last six years, rising from around 38,000 in 2010 to around 65,300 in 2016.

Figures from the Department of Business, Energy & Industrial Strategy reveal that 37,965 people were registered as working within London’s gig economy during 2010, compared with the 65,315 people registered last year.

New business models and app technology have been accredited for the boom in the number of workers in the gig economy. This refers to people who take on casual, short-term work and an economic and business environment that has led to the launch of companies such as Deliveroo and Uber.

The UK government is now looking at what this trend means when it comes to workers’ rights, with the Department of Business, Energy & Industrial Strategy estimating that around five million people are working in all sectors of the UK’s gig economy.

Workers in the so-called gig economy typically make use of mobile phone apps to identify customers or clients who want small practical jobs doing or are in need of a delivery service.

Predictions for the gig economy

Stephen Devlin, a senior economist with the thinktank from the New Economics Foundation, predicts that the gig economy’s next large growth area will be within the DIY and cleaning sectors.

It is estimated that the British government could lose as much as £3.5bn in taxes by 2020-21 as a result of the rising number of self-employed people working within the gig economy. This is according to figures from the UK’s Office for Budget Responsibility; however, this may change as a result of the outcome of several court cases that are currently pending.

Last October, an employment tribunal held in London ruled that drivers for online transport company Uber should be classified as workers rather than self-employed. Uber is appealing this decision, however, and there are other test cases pending, including one involving the CitySprint delivery company.

Devlin said that the result of the legal cases could prompt the re-classification of people working within the UK’s gig economy; in turn, this could lead to its collapse.