Number of recruitment dispute cases increase by 25% in a year, says law firm 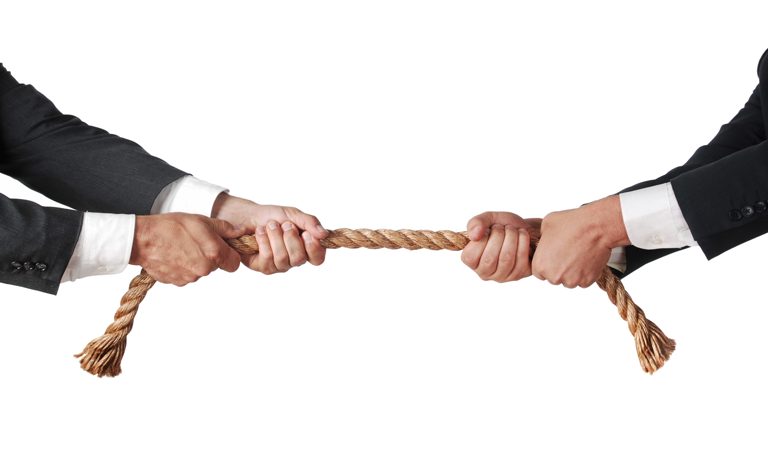 Most disputes on recruitment agencies’ fees turn on the wording of their terms of business, whether these were binding on the client

Menzies Law, based in Bristol, has, over many years advised businesses in dispute over recruitment fees, and has noticed around a 25% increase in these cases over the last year.

Luke Menzies, solicitor, barrister and owner of Menzies Law, said he believed it was due to two main reasons.

“The first reason, which our clients tell us, is that as recruitment becomes more difficult, by which I mean firms are struggling to find good candidates for their vacancies, most companies are using more than one agency or recruitment consultant to fill a single role.

“Secondly, the recruitment sector has become increasingly competitive, and in some cases, we have seen some rather aggressive sales techniques, contracts and terms to bind clients.”

He added: “At Menzies, we’ve seen it from the employer and client’s point of view, and also from that of the first agency who introduced a candidate and from the second agency’s side too. It’s clear that this is an area of frequent dispute and it’s well worth all those in, and who work with, the recruitment industry being fully aware of the issues and how to both avoid them and to strengthen their position should a dispute arise.”

There are two particularly common scenarios that Menzies Law get asked to help with.

The first is the so-called ‘back-door’ hire, where a recruitment agency introduces a candidate to a client, the candidate is not hired at the time, but later on (usually a few months later) the hire does take place by direct contact between the client and the candidate, usually without the recruitment agency being aware until afterwards. It then wants to claim its fee because its terms of business state that the fee is due if the candidate is hired by the client for any reason within a certain period following the introduction.

The other common scenario is what could be referred to as ‘fee fight’, where agency 1 introduces a candidate but no hire takes place. Later – sometimes days, sometimes months – agency 2 introduces the same candidate to the same client and the hire takes place. Agency 2 asks for its fee and invariably it is paid. Agency 1 then gets to hear about the hire and demands its fee too, because its terms of business have the same sort of term as mentioned above.

Mr Menzies said: “We’ve advised agencies and employers alike, and what I can say with confidence is that each case – and therefore the likely legal outcome – is different, each time. Employers quite rightly don’t want to have to pay fees that aren’t legitimately due, but at the same time each candidate has an understandable value to a recruitment agency and it’s reasonable for the agencies to want to take certain steps to protect themselves.”

Menzies Law has provided a helpful guide to the law and simple advice for both recruiters and employers when it comes to possible disputes:

There are four key points recruitment agents and their clients should be aware of here:

This is good old, basic contract law. In order for any terms of business to be binding, they have to be communicated to the client and accepted by the client. Proving this is crucial to a successful claim for fees.

I’ve seen some recruitment agency terms of business that say their terms are binding as soon as the client reads the CV that has been attached to the same email as the terms, regardless of whether the ‘client’ is at all interested in working with that particular agent.

This is, to a lawyer’s mind, fairly aggressive wording and can produce ludicrous results if followed through on. For example, that candidate may have already been introduced to the employer by another route. In one case that we handled, the recruitment agency speculatively sent a client manager the CV of his best friend, and then expected to take its fee, even though they’d been talking about the possibility of working together for a while. (As Americans say, “I don’t think so!”)

This is a fundamental legal principle of agency relationships. It means that, ordinarily, an agent can only demand a fee if it was the ‘effective cause’ of the hire. Usually this is going to be obvious on the facts of the case, since the agent will usually have ascertained the client’s requirements, identified a candidate, arranged the interview and possibly a lot more. But the facts of each case will be different and nothing can be taken for granted.

Most disputes on recruitment agencies’ fees turn on the wording of their terms of business, whether these were binding on the client and then – crucially – how the hire of the candidate actually took place and what caused it. That being the case, evidence from the client of what took place, including the trail of emails and their attachments, and the timeline of events relating to the candidate’s introduction, interview, salary negotiation, offer and acceptance can all be critical in deciding the legal outcome.

Fee disputes invariably end in some form of compromise or settlement and that’s usually the best for all parties. Actually going to court should, these days, be a last resort – since costs are high and the outcomes always uncertain, even if you believe you have a strong case. If you do go to the court, the court rules and the judges are nowadays focussed on promoting mediation and the court cost rules actually penalise parties who fight on regardless. Keep in mind the bigger picture and be prepared to be reasonable and find a deal.