There are legitimate business reasons to justify offering different rates of pay. 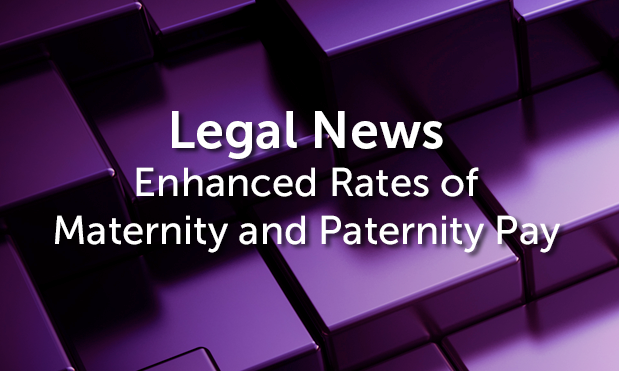 To maintain good employee relations, many recruiters who act as employers will wish to offer male and female employees equal rates of pay for maternity/paternity leave taken.

Many recruiters who act as employers choose to pay their employees an enhanced rate of maternity/paternity pay, that is a contractual rate over and above their statutory entitlement.

In Shuter v Ford Motor Company Limited, an Employment Tribunal (“ET”) considered whether an employer’s policy of paying 52 weeks’ enhanced maternity pay to mothers but no enhanced additional paternity pay to fathers amounted to direct or indirect sex discrimination under the Equality Act 2010.

By way of background, fathers are entitled to 2 weeks’ Ordinary Paternity Leave (OPL) and further Additional Paternity Leave (“APL”) if the mother has returned to work after 20 weeks following the child’s birth without using her full maternity leave entitlement. The unused balance of any maternity leave can be taken as APL, up to a maximum of 26 weeks.

In respect of his direct discrimination claim, the ET held that the correct comparator was a female employee taking APL (e.g. a female spouse or civil partner) and not a female employee who had given birth and taken maternity leave exceeding 20 weeks (the period comparable with when APL can be taken).

The same statutory rate of pay would be offered to a female employee taking APL and therefore the policy was held not to be directly discriminatory on the ground of sex. The ET also took into account Government guidance for employers, which stated that there was no obligation for paternity pay to match any enhanced maternity pay schemes.

Secondly, in respect of indirect discrimination, Ford had conceded that men were more likely to suffer a disadvantage from its policies as statistically more men than women took APL. Therefore, the question for the ET to consider was whether Ford could objectively justify paying such maternity/paternity rates.

Ford argued that its aim in paying full pay to women was to recruit a greater proportion of women into its workforce, which the ET accepted. Statistics showed that numbers of women employees had risen following, particularly those returning following maternity leave. Further, due to the volume of male employees, to offer enhanced APL would have been extremely costly and detrimental to business, which, in turn, would have undermined its objective of increasing numbers of female staff.

Finally, under the Equality Act 2010, special treatment can be afforded to women in connection with pregnancy and childbirth which the ET also took into account.

As this is a first instance ET decision, it is not strictly binding on other ETs; however, it does provide useful guidance for recruiters who act as employers on the issue of maternity/paternity pay.

To maintain good employee relations, many recruiters who act as employers will wish to offer male and female employees equal rates of pay for maternity/paternity leave taken. However, there may be circumstances, such as the above case where there are legitimate business reasons to justify offering different rates of pay.