This case should serve as a warning to recruiters who act as employers. 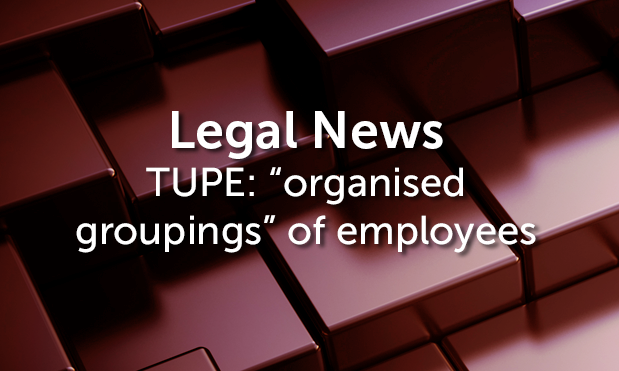 Recruiters who act as employers are often faced with the difficult task of establishing which employees will transfer under TUPE.

When engaging or changing contractors or bringing services in-house, recruiters who act as employers are often faced with the difficult task of establishing which employees will transfer under TUPE, particularly where employees work on a number of different contracts where some of which will transfer, some will not.

In the recent case of Costain Ltd v Armitage and another, the Employment Appeal Tribunal (“EAT”) has provided employers with some guidance over the correct approach to take.

For every service provision change, there must exist an “organised grouping” of employees whose principal purpose is carrying out the activities that are to transfer (Reg 3(3)(a)(i) TUPE).

The key point is that, where TUPE applies, those employees who are assigned to the “organised grouping” of employees immediately before the service provision change will transfer from the transferor to the transferee.

Mr Armitage (“the Claimant”) was employed by ERH Communications Ltd (“ERH”). ERH provided services for the Welsh Assembly government under a major contract (“the Major Contract”). The Major Contract provided a guaranteed income stream and the majority of ERH’s employees’ time was allocated to it.

In 2012, the Claimant was appointed to Project Manager. As part of this role, the Claimant was responsible for the primary management of projects undertaken by ERH, including the Major Contract and additional works instructions arising out of the ancillary contracts.

Mr Armitage brought a number of claims against both ERH and Costain. At the first instance hearing, the Employment Tribunal (“ET”) held that Mr Armitage had been assigned to the Major Contract and therefore his employment transferred to Costain. Costain appealed.

The EAT criticised the ET’s decision and remitted the case back to a fresh ET to be re-decided. In its judgment, it set out the two-stage method that should be followed to establish whether an individual belongs to an organised grouping of employees:

1) The first issue is to define the organised grouping(s) of employees. The Judge should have looked to the Major Contract and the ancillary contracts and considered whether these amounted to organised groupings of employees as a matter of fact.
The concept of an “organised grouping” implies there is an element of conscious organisation in the nature of a team. There must be a “deliberate putting together of employees for the purpose of relevant client work” Seawell Ltd v Ceva Freight.

There had not been a meaningful factual analysis of this.

2) The second question is then to look to the particular employee’s assignment and whether it is assigned to a particular group. There will inevitably be some overlap with the first consideration (and vice versa).
In considering whether Mr Armitage belonged to an “organised grouping” of employees (and which one), too much emphasis had been given to the percentage time he had spent on each contract. Whilst this was a factor, it was not the test and should be looked at amongst other factors.

It may be relevant to look to factors such as how the cost to the employer of the employee’s services is apportioned, the amount of value attached by the employer/employee to the time they spend on each contract, the terms of the contract/job description etc.

For example, an employee may work 100% of his time on the transferring contract, however if that employee’s role is strategic and is principally directed to the survival and maintenance of the transferor, then he may not be assigned to the transferring group of employees (Edinburgh Home-Link Partnership v The City of Edinburgh Council).

For recruiters who act as employers, establishing which of its employees are assigned to a contract for the purposes of TUPE can be a challenging task. It is tempting to look at the percentage time spent by an individual on that contract as the defining factor/piece of evidence. This case should serve as a warning to recruiters who act as employers that such an argument, whilst relevant, is unlikely to convince an Employment Tribunal unless accompanied by other relevant factors/evidence.

Recruiters who act as employers should take a systematic and logical analysis to its own circumstances, being guided by the two-stage method set out above. As always, in this tricky area of the law, careful advice should be taken to avoid a costly claim.