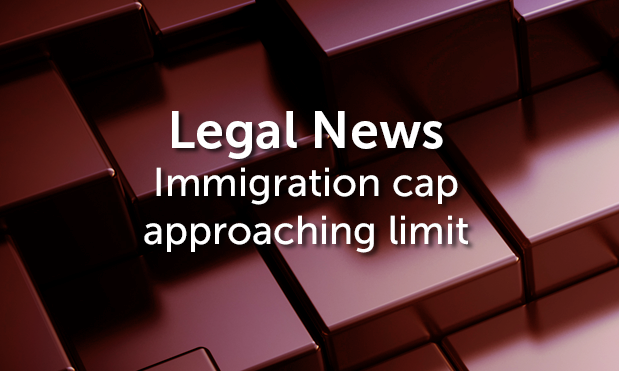 Since 2011, the number of non-EEA nationals that can be sponsored by an employer to work in this country has been subject to a cap.

There is an annual limit on the number of Restricted Certificates of Sponsorship that can be issued to non-EEA nationals by companies who hold a Tier 2 (General) licence. The limit – 20,700 – applies to those non-EEA nationals who earn less than £153,500 and are based overseas, coming to work for the UK employer as a new hire.

In previous years, annual numbers had fallen far short of the cap. However, figures for 2014/15 show applications are on the rise and monthly allocations are being exceeded.

The concern therefore is that the total limit may be reached before April 2015, resulting in applications for non-EEA nationals being rejected outright.

In light of this news, any recruiters who act as employers who are considering hires from non-EEA countries should consider bringing forward the recruitment process, so applications are submitted sooner rather than later before the cap is reached.

Irwin Mitchell’s Immigration Team are able to advise you further on the implications of the approaching limit, or indeed on any other immigration query you may have.