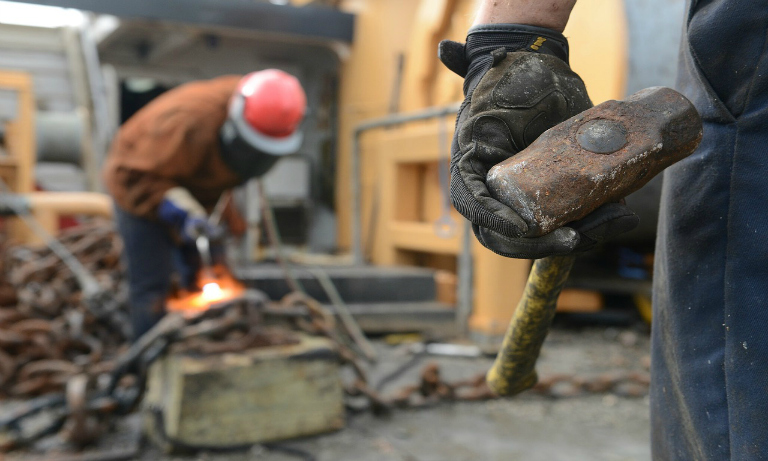 More big names in the construction world have put their signatures to a joint agreement aimed at eradicating slavery and labour exploitation in the building industry.

The document commits signatories to work in partnership to protect vulnerable and exploited workers, agree to the sharing of information to help stop or prevent exploitation and pledge to raise awareness of slavery through supply chains within the construction industry.

And now, Sir Robert McAlpine’s and the Morgan Sindall Group are the latest to pledge their support to the protocol, drawn up by the Gangmasters and Labour Abuse Authority (GLAA), the UK’s foremost investigative agency for labour exploitation.

“In order to combat modern slavery in the construction industry, we need a proactive and collaborative approach.

“The GLAA protocol provides a valuable and important mechanism for companies to work together to address this issue.”

And Graham Edgell, Director of Sustainability and Procurement for Morgan Sindall Group, said:

“Morgan Sindall are committed to working collaboratively with all responsible businesses with a clear objective to eradicate any form of exploitation of workers wherever it is identified.

“To make a difference we need to share information, set an example by working ethically and communicate best practice in a consistent manner.

Our alignment to the GLAA construction protocol is a welcome progression from our sector to recognise the need to raise awareness of the issue and then act for the betterment of all stakeholders.”

Mark Heath, Head of Business Change for the GLAA, said:

“We are heartened by the response from the construction sector which says it is not afraid to talk about issues of labour exploitation within the sector.

“More importantly, there is a tangible desire to act which we are seeing from some of the biggest names in the building industry.

“Our hope is that other firms put their names to the protocol and thereby help protect workers, legitimate businesses who are infiltrated and the industry’s reputation.”