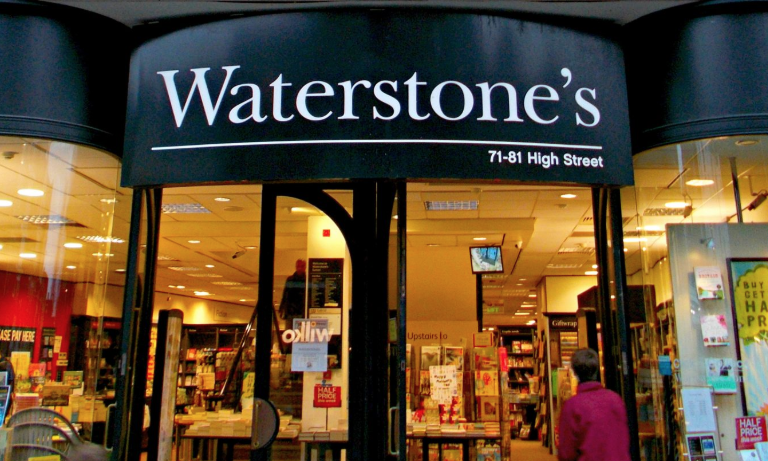 There has been a less supportive response from Waterstones CEO, James Daunt. He claims that, although he agrees that booksellers should be well-remunerated for their important work, it would simply cost too much to implement.

Waterstones struggled financially for many years. 2017 saw it announce its first profits since 2008. Like many high street businesses, it has suffered online competition from the likes of Amazon. It has also been challenged by the rise of eBooks. James Daunt took charge in in 2011 and does seem to have turned the business around. Now booksellers want the chance to earn a living wage for what they do for the company.

The living wage campaign began with a petition, currently signed by over 9,000 people. It asks for a starting wage of £9 for booksellers around the country, rising to £10.55 for those facing the higher cost of living in the Greater London area. The booksellers who started the petition cite the stress and distraction caused by money worries as their motivation. They claim that whilst they are focused on their financial difficulties, it is impossible to give their best service to buying, reading and recommending books.

Since then, the petition has been followed by an open letter from more than 1,300 writers. Signatories come from all genres of literature, including children’s author Frank Cottrell-Boyce, the crime writer Val McDermid, fantasy novelist Jon Courtenay Grimwood, and the poet and Scottish Makar Jackie Kay. The letter acknowledges the booksellers’ concerns as legitimate and states that reducing hours or forcing redundancies would not be an acceptable way to fund a wage increase.

Daunt has expressed sympathy with the booksellers’ concerns. He claims to want to implement the request, but has also implied that he finds it unrealistic. Waterstones has a progressive pay structure where wages increase as booksellers become more experienced and are promoted up the ladder. According to Daunt, increasing pay for the lowest paid booksellers also means raising it at every other level of the business to keep that progressive scale in place. That would be highly expensive. Alternatively, more experienced booksellers might have to see wages fall to pay for their junior colleagues.

Most of all, Daunt believes that it is better for Waterstones to pay too little than to risk going bust and putting all its employees out of work. Bookselling is an important and often rewarding job, but Daunt is keen to state it is not a route to wealth. He does hope to continue to build on Waterstones’ increased success, but is keenly aware of how close it came to failing completely.

Very few businesses do pay a living wage. Lush, Ikea and Majestic are currently the only other big high street names to do so. This has not stopped Waterstones’ booksellers and supporters continuing to press their campaign.