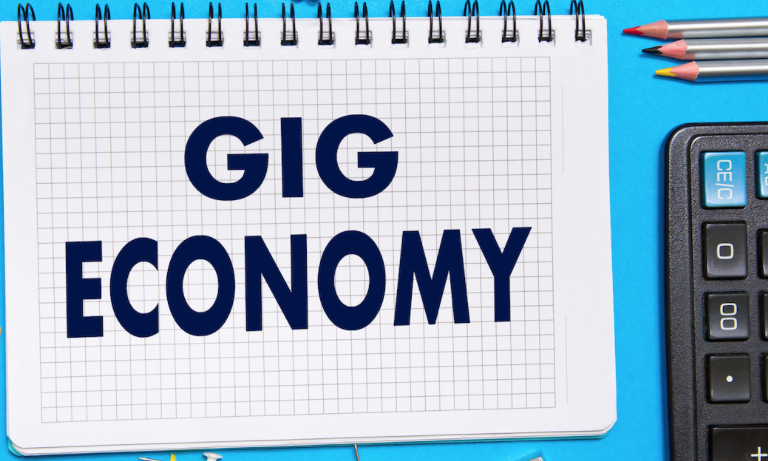 The so-called Gig Economy hits the headlines when notable hirers such as Uber and Deliveroo are legally arguing whether their drivers are truly self employed or actually employees. In the public eye, they and similar companies are accused of under-paying and exploiting an increasingly flexible workforce.

Also called the Open Talent Economy, the Gig Economy is said to represent about 15% of the UK’s workforce, approximately 5 million people. It’s appealing to those who like the flexibility on offer and the hirers like the low cost model of not paying staff when there’s no work, yet having access to so much more talent via digital work platforms. These digital work platforms, sites like PeoplePerHour, UpWork, and ClickWorker, provide flexible, project-based self-employment where freelancers who charge by the hour or the day can access work opportunities simply by uploading their CVs onto the platform.

Arguably the 3rd face of the Gig Economy, recruitment companies get a bad press simply by being categorised as a recruitment agency and are implicated in accusations of exploiting the flexible workforce. In reality, recruitment agencies have a massive role to play placing technical experts with clients at the mid to top end of the market, quite often for long term contracts; and all the while paying and charging VAT, and employing consultants who pay income tax and national insurance.

I’m going to get a kicking for saying this, but I think that the Gig Economy has made a lot of recruiters sharpen up their acts. A lot more people are fishing in the talent pool these days, and recruiters have to work harder to maintain their place especially when freelancers are eschewing agencies, as is their nature, to go it alone. But for testing a freelancer’s technical knowledge, or assessing a culture fit, I still don’t believe a client can do better than rely on an agency recruiter. I don’t care how many algorithms you run, people know people, and people buy from people.

I do think that agency recruiters need to adjust their positioning to be there as a next step for the freelancers when they want to migrate away from the digital work platforms. Either because those freelancers have a level of experience where they want greater reward or need help negotiating better terms when the under-cutting of freelance pricing stretches their margin too thin. Recruiters can open up opportunities for those workers, and introduce clients to a pool of potential fresh talent.

But it’s the lack of employment rights that have caused the most publicity for the bottom end of employment in the Gig Economy, and the court has now ruled that the Uber and Deliveroo workers are employed. It doesn’t matter if the contract between them says the workers are self-employed, it’s all down to what happens on the ground. True self-employment impacts the government’s revenue from a lower rate of employee’s National Insurance Contributions, as well as the slightly lower rate of tax on dividends as opposed to income tax if the worker has a Personal Service Company. So the Government must have been delighted that Uber and Deliveroo now have employees. And it’s also good news for the over-worked under-paid workers, as they now have basic employment rights and the Minimum Wage.

It’s an interesting time, but there is a place at many different levels in the Gig Economy. Whether you want to deliver burgers when you’re not in university lectures, do some copywriting whilst your kids are at school, or get stuck into a change management role with an international insurance company, you will find it out there. And the Government and press better get used to it, stop blaming recruitment companies, and take a fresh look at the direction its country’s workforce is heading, because it’s moving forward, fast.