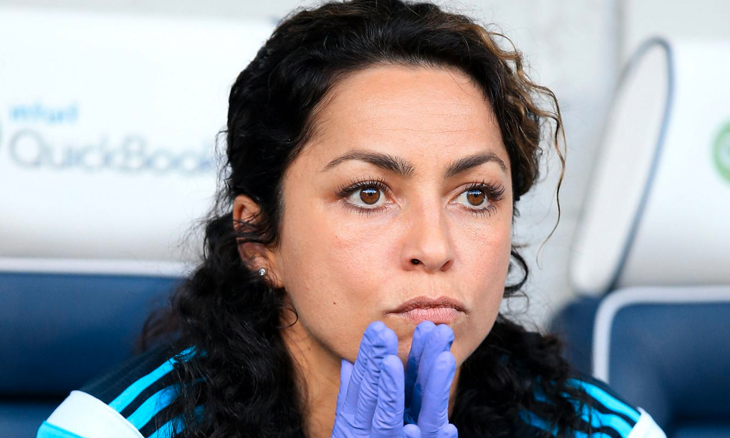 It has been widely reported in the press that Dr Carneiro has taken legal advice following her departure and speculation as to whether she will sue Chelsea FC, for constructive dismissal or sex discrimination, is rife

Several weeks ago Chelsea Football Club’s (“Chelsea FC”) decision to ban its doctor, Dr Eva Carneiro, from touchline duties made the headlines. Dr Carneiro was prevented from being involved in pitch-side duties following a controversial decision to treat Chelsea midfielder, Eden Hazard, in the closing stages of Chelsea’s game against Swansea; the decision left Chelsea with nine men on the pitch and Jose Mourinho openly criticised Dr Carneiro for that decision.

The Football Association (“FA”) is now reported to be looking into a complaint that Jose Mourinho used sexist or abusive language towards Dr Carneiro and, in a recent twist of events, Dr Carneiro is reported to have left the club this week.

It has been widely reported in the press that Dr Carneiro has taken legal advice following her departure and speculation as to whether she will sue Chelsea FC, for constructive dismissal or sex discrimination, is rife.

In this article, Charlotte Caldwell, an Associate at Hill Dickinson LLP, discusses the potential legal claim for constructive unfair dismissal that Chelsea FC could face.

What is Constructive Dismissal?

Constructive dismissal is the term used where an employee resigns their employment in response to their employer’s breach of a fundamental term in their contract of employment.

The breach can be of an express or an implied term. An express term is one which has been expressly stated (in writing or orally by the parties); an example could be where the employer reduces an employee’s pay or fundamentally changes an employee’s duties without being contractually entitled to do so. Implied terms are those that are incorporated into every employment contract by law and this includes the term of mutual trust and confidence, i.e. that an employer must not, without good reason, conduct itself in a way which is calculated and likely to destroy or seriously damage the relationship of trust and confidence with the employee. An example could be isolating an employee, unduly criticising an employee or failing to properly investigate an employee’s grievance.

Here, it could be argued that in criticising Dr Carneiro publically, and particularly if sexist or abusive language was used towards her, Jose Mourinho has destroyed the implied duty of trust and confidence. It is also possible if Dr Carneiro has been demoted “to the bench” that this could be a breach of an express term of her contract of employment.

Where an employer has breached an important express or implied term of the employment contract an employee is entitled to treat himself or herself as having been dismissed. The employee may be able to bring a claim for constructive dismissal to the Employment Tribunal, subject to having the minimum qualifying period of employment, which is currently two years.

What does an Employee have to prove to succeed in a Claim for Unfair Dismissal?

For a constructive dismissal claim to succeed the employee needs to show that:

If an employee continues to work for a period of time without resigning they are likely to lose their right to rely on the breach; they would be regarded as having chosen to waive the breach.

Were Dr Carneiro to pursue a claim for constructive dismissal she would have to demonstrate that Chelsea FC’s actions amounted to a repudiatory breach and that she resigned in response. The reason for Dr Carneiro’s departure from the club is not known; however, it has been speculated that this was because of Jose Mourinho’s conduct towards her.

Dr Carneiro left the club several weeks after the incident which took place on 8 August. If she were to pursue a claim for constructive dismissal she will have to show that she did not delay before resigning; this could be fatal to her claim.

The most common breach of contract relied on by employees who pursue a constructive dismissal claim is that of the implied term of trust and confidence. An employer can breach this term in a number of ways and here, it could be that Dr Carneiro has been humiliated and verbally abused in public; this could itself amount to a breach of the implied term.

Employers should ensure that they deal with any complaints raised by employees properly and in accordance with their internal policies which should be communicated to staff and implemented consistently and fairly. Employees’ concerns should be taken seriously and addressed promptly. Staff should be made aware that any form of bullying, harassment and undue criticism of others will not be tolerated. If you suspect an employee plans to resign and may lodge a claim for constructive dismissal you might want to ask them to confirm the reason why they are resigning in writing and ask them if they will reconsider their decision.

I am a Solicitor in the Employment Department at Hill Dickinson LLP. I am also a Tutor for the IOR Level 3 Certificate in Principles of Human Resource (HR) Practice. For more information: http://bit.ly/Hill-Dickinson-HR