There is a growing generational divide in workplaces using technology, with significant implications for both employers and recruiters 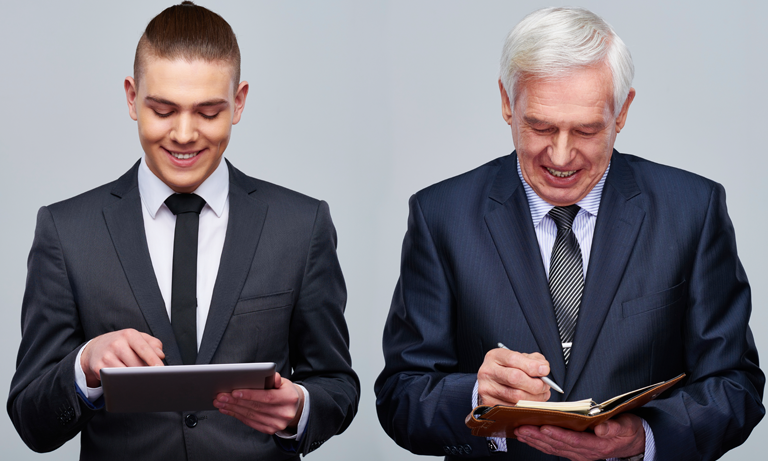 The research, conducted by BlueJeans Network, surveyed employees in the UK, France, Germany and the United States, and focused on the use of video technology in the workplace. The findings suggest that the younger the employee, the more likely that employee is to consider video technology as integral to their life outside of work, and also to see video as potentially transformational within the workplace.

More than 60% of those surveyed felt that employers were not using video technology to best effect, with examples as to where video could bring real benefits including employee collaboration and training. Almost three-quarters of the survey respondents felt that video could change organisational communication dramatically, yet only 14% stated that their employers provided communications tools similar to those used outside of work.

Of particular significance for recruiters is the fact that more than half of the survey pool felt that they would rather work for an organisation where video technology was positively encouraged as a communications tool. 73% of respondents felt that video could change the recruitment process entirely, redefining relationships between organisations and job applicants, as well as between management and employees.

Looking to the future, over 70% of those surveyed felt that video use within their organisation would play a much greater role in the coming years, across a range of workplace activities, such as meetings, training and customer service.

Workplace culture is changing rapidly to become less formal and structured, and video sits at the very heart of this change according to James Campanini of BlueJeans Network. As Campanini highlights, Western business has moved very quickly from a culture that focused primarily on written documents and emails.

Organisations are heading rapidly towards a time when all workplace communication takes place via video, potentially replacing meetings, emails and phone calls completely. In the research findings, almost 70% of respondents expected that video would save time over the next five years by replacing conventional meetings, and 54% stated that they felt video would eventually reduce the volume of emails sent in the workplace.

Within the research, there were also some significant differences between respondents from each of the four countries surveyed. The desire amongst employees for increased use of video technology in the workplace was significantly higher in the UK than in any of the other countries included in the survey. This was coupled with a belief amongst the majority of UK respondents that workplace interactions will become more satisfying and less time-consuming if video played a larger role in the working day.

Overall, these findings present a real insight into how younger employees see technology, and specifically video, as a transformational tool for their future careers. Undoubtedly, this will ultimately impact recruitment and retention strategies in the near future.