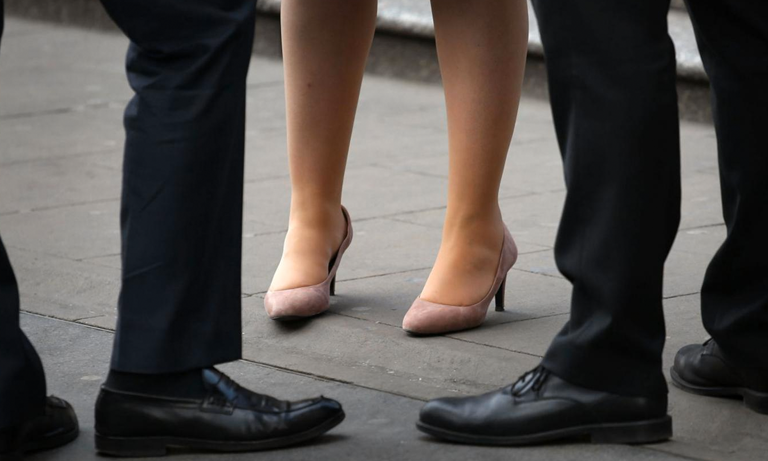 Female workers being asked to have manicures, colour their hair and wear revealing or clingy clothes by their superiors

Glassdoor, the world’s most transparent jobs and recruiting marketplace, has released the results of its first global salary survey which measures employee sentiment around issues related to the gender pay gap.

Glassdoor surveyed more than 8,000 employees in seven countries: The United Kingdom, Canada, United States, France, Germany, The Netherlands, and Switzerland and found that, while sources state it will take 81 years to reach gender parity in the workplace, the majority of employees (7 out of 10) believe men and women are currently paid equally for equal work at their employer. An overwhelming majority of employees in the seven countries surveyed believe that men and women should be paid equally for equal work, including 87 percent of UK adults. By comparison, 93 percent of employees in the America believe men and women should receive equal pay, as do 90 percent in Germany, 90 percent in Netherlands and 88 percent Switzerland and France.

“While wage disparities do exist, this survey reveals that the majority of employees do not believe their workplace has a gender pay gap,” said Andrew Chamberlain, Glassdoor chief economist. “Across the geographies we surveyed, the support for equal wages is there and there is general consensus that the best courses of action to ensure equal pay are new company policies around pay and compensation, government legislation requiring employers to pay people equally, and more transparency into salary at all levels.”

Companies that hope to attract more female talent would be wise to be transparent about their compensation practices and make clear they have no gender pay gap. Two-thirds (66 percent) of UK employees are not likely to apply to a company where they believe there is a pay gap, and significantly more women (76 percent) than men (59 percent) feel this way.

Only Two Thirds of UK Women Think They Are Paid Fairly

New company policies, government legislation, clearer communication from senior leaders and greater internal pay transparency are top contenders for making an impact on the gender wage gap. Among UK employees who believe there is a gender pay gap at their company: