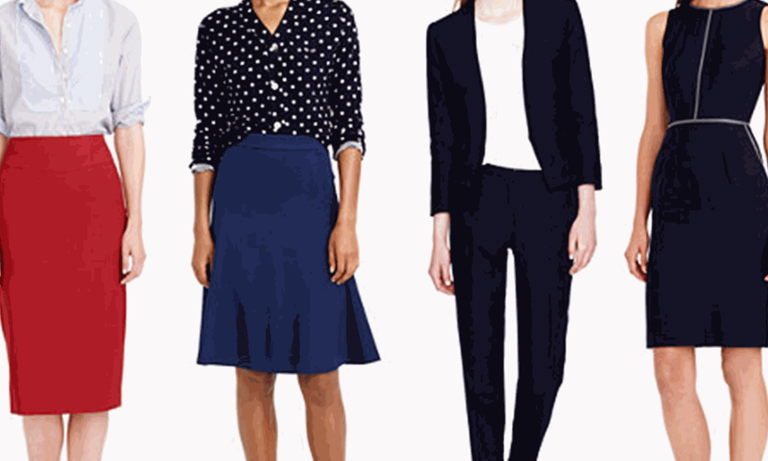 As the mega-powerful tech and business companies have shown, there is no need to impose a formal code of appearance on staff to generate success

Perceptions of what comprises professional dress are shifting, and conventional rules are being abandoned or relaxed. However, some business sectors seem more resistant to change than others.

21st century guidelines on what a suitable office ‘look’ actually is are no longer as clear-cut as they once were, especially for women. Men typically have less room to manoeuvre, and swapping their usual suit for smart trousers and a tailored, short sleeve, open neck shirt is likely to be the only option. It tends to be more difficult for women, however, who are more likely to bear the brunt of the office ‘fashion police’.

This gender difference occurs because most of the rules on hairstyles, footwear, cleavage, bare arms and dress length apply only to female appearance and attire, as Chicago office professional, June Rivas, found out.

Despite dressing in standard semi-formal ‘business casual’ clothes, and following the official dress guide to the letter, she was still accused of having broken the rules, by wearing her hair in a ponytail or covering it with a headscarf.

When challenged that the existing guide clearly said there was no official dress code other than that staff should look ‘clean and pressed’, the company rushed through a revised version, with newly banned items including sandals, straps, and lace, and the two things responsible for June’s transgression.

Ms. Rivas responded by donning costumes representing anime, literary fiction and superhero characters, making sure of course that they did not break the newly imposed dress code. Her actions have drawn attention to a topic which often presents as confused, but Ms. Rivas’ company is not alone in this.

Dressing down can make millions

While globally successful brands such as Google, Facebook and Apple present an inviting image of relaxed informality in both dress and working day expectations, the success with which this has been replicated by other companies is uneven.

The Australian arm of accountancy firm PwC recently abandoned their strict code of tailored dress clothes and business shoes for all staff, in a move that their human capital leader Sue Horlin told the press was a way for employees to feel more like themselves at work.

Whether this decision lasts longer than that made by Barclays in London remains to be seen. After briefly experimenting with a casual dress code, Barclays decided to revert back to traditional expectations, concerned that relaxed styling could have a negative impact on the company’s professional image.

As the mega-powerful tech and business companies have shown, there is no need to impose a formal code of appearance on staff to generate success, and many young people qualified to work in this field are going to vote with their feet. If large corporations do not revise both their attitudes and their policies, they will struggle to attract the talent they need to thrive.