Women concerned over not being taken seriously (53%), facing prejudice (40%) finding it intimidating (40%) 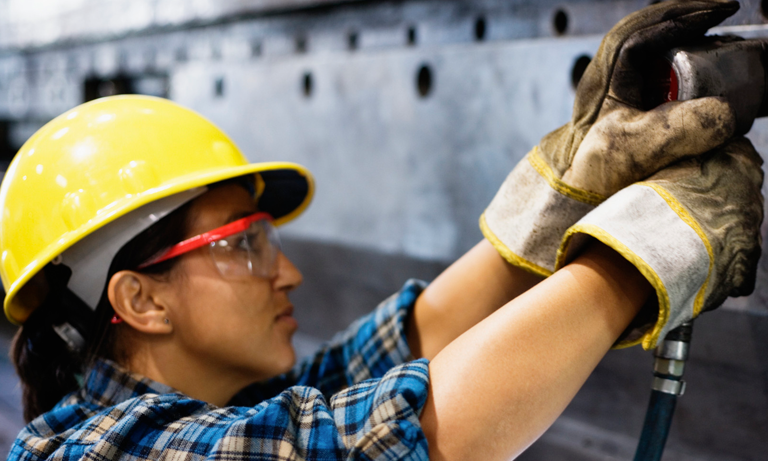 New research has found that careers in construction trades are not being considered by women despite a strong public desire to see more females in the sector.

Shockingly almost three quarters of the East Midlands (85%) have never encountered a female in any of the main construction trades roles of plumber, electrician, carpenter or builder even though almost nine in ten (88%) the East Midlands would like to see more women in such roles. Yet, more than eight in ten (94%) of women surveyed from the region have never even considered a career in the industry.

The survey commissioned by Able Skills, specialists in construction training, found that only one in ten (15%) of the people surveyed from the East Midlands had encountered a female in these roles. Of those, (88%) described the service received as positive and would recommend the service to others. None reported a negative experience.

However, why are there so few women considering a role within the construction trades industry?

Women reported that the career was never highlighted as an option for them to pursue. Furthermore, more than three quarters (87%) of women said no family, friends, careers advisors or teachers had ever discussed a career in the construction trades industry with them. While 73% of men in the region said their family discussed this occupation with them, this was the case for only 16% of women.

The biggest factors holding women from The East Midlands back from pursuing a career in a role traditionally associated with the opposite sex were concerns about: not being taken seriously (53%), facing prejudice in the job role (40%), and finding it intimidating (40%).

Gary Measures, Managing Director of Able Skills says: “The public want to see more women in the construction trades industry and trust them to deliver a good job. Proving that women’s concerns about not being taken seriously and facing prejudice are unfounded. We really want to encourage more females to consider a career in construction trades and are really pleased to see that the younger generations may break down some of the barriers. In 2017 only 5% of Able Skills trainees were female but we really want this to change.”